A New Monthly 'Stimulus Payment' Is Coming in July. Some Are Refusing It. 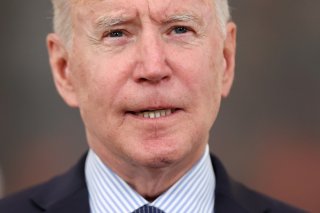 For those still-struggling Americans who think the current third round of coronavirus stimulus checks is the end of further financial assistance from the government, know that there is great news.

The Internal Revenue Service has already confirmed that monthly payments from the new $3,000 or $3,600 child tax credit—seen by some as a “fourth” stimulus check—will begin landing in the bank accounts of millions of eligible parents beginning in July.

“We will launch by July 1 with the absolute best product we are able to put together,” IRS Commissioner Chuck Rettig recently said on the Senate floor.

President Joe Biden’s $1.9 trillion American Rescue Plan was able to expand these child tax credits that generally allowed families to claim a credit of up to $2,000 for children under the age of seventeen.

Amid the ongoing pandemic, they have been extended to lower-income families—and they are now eligible to claim as much as $3,600 per year for a child under the age of six and up to $3,000 for children between six and seventeen. What this means is that for a family headed by a couple earning less than $150,000 or an individual making under $75,000, they are now eligible to get a $250 or $300 payment every month.

But know that there has been talk of potential benefits regarding opting out of these payments.

One reason to do so is if an individual wants to have one large payment next year instead of smaller monthly payments—which would also help protect the taxpayer if their financial situation changes throughout the year, triggering an overpayment that would eventually need to be paid back. Be aware that these advanced payments are largely based off the agency’s estimates on available data, such as overall income, marital status, and number and age of qualifying dependent children.

The obvious downside is the delay in getting the payment, which would only be initiated after the IRS processes tax returns next year.

The agency has announced that it will launch a portal for the child tax credit payments so that taxpayers’ information can be updated more conveniently.

“Eligible taxpayers who do not want to receive advance payment of the 2021 Child Tax Credit will have the opportunity to decline receiving advance payments. Taxpayers will also have the opportunity to update information about changes in their income, filing status or the number of qualifying children. More details on how to take these steps will be announced soon,” the IRS stated.

Rettig added last month: “We will make forms and instructions for the forms available for folks who want to opt out.”

Take note that if no action is taken on the portal and taxes are filed by the extended May 17 deadline, the eligible individual will automatically receive monthly payments.