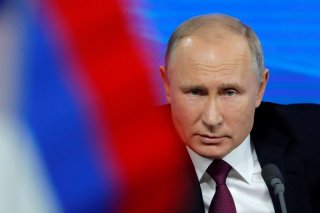 Dr. Francis Collins, the director of the National Institutes of Health (NIH), has said that Russia’s coronavirus vaccine did not even make an effort to meet the “fundamental parts” of the scientific approval process.

“I think virtually every vaccine expert in the world looking at this has been quite concerned whether this was a wise decision,” Collins said during a conference call Thursday with reporters.

“Some have called this Russian roulette.”

On Tuesday, Russia announced that its vaccine had been approved by its health regulators—making it the world’s first coronavirus vaccine to be approved.

However, as the vaccine had only undergone rapid Phase 1 and 2 clinical trials on a small number of individuals, medical experts around the world have voiced their concerns regarding its safety and efficacy.

Still, Russian President Vladimir Putin has claimed that it “works quite effectively” and even stated that one of his daughters has already been given the shot.

“If that was the standard (to approve a COVID-19 vaccine), we would have been declared success several months ago because we had that experience of successful Phase 1 trials,” Collins said.

White House coronavirus advisor Dr. Anthony Fauci, director of the U.S. National Institute of Allergy and Infectious Diseases, echoed those sentiments, saying that he “seriously doubts” Russia has proven that its vaccine is both safe and effective.

“Having a vaccine … and proving that a vaccine is safe and effective are two different things,” Fauci said during a National Geographic panel moderated by ABC News on Thursday.

“We have half a dozen or more vaccines, so if we wanted to take the chance of hurting a lot of people or giving them something that doesn’t work, we could start doing this, you know, next week if we wanted to.”

The World Health Organization has confirmed that it is in contact with Russian regulatory authorities to conduct an in-depth review of the country’s vaccine.

The NIH is part of the federal government’s Operation Warp Speed, an initiative that is designed to accelerate the development, manufacturing and distribution of a viable coronavirus vaccine.

There are now more than 21 million confirmed cases of coronavirus worldwide, including at least 760,000 deaths, according to the latest data from Johns Hopkins University.