No, the Government Isn't Hiding Proof That It Created COVID-19 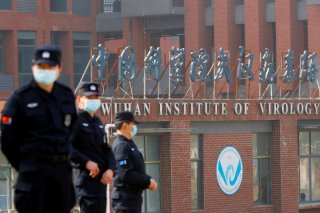 It would certainly be a very big deal if a report showed that the U.S. government created COVID-19 and hid the fact that “alternative” treatments are more effective than mRNA vaccines.

A document purporting to prove just that has been uncovered, but it almost certainly proves much less than its supporters claim.

It all started with a recent report from Project Veritas, a controversial conservative media outlet, alleging that Dr. Anthony Fauci lied about a grant for “gain-of-function research” projects in China. Per the report, the Defense Advanced Research Projects Agency (DARPA) rejected a proposal for a questionable research project that was submitted by EcoHealth Alliance in 2018. But Project Veritas claims that the National Institute of Allergy and Infectious Diseases (NIAID), which Fauci leads, went ahead and funded the grant or one like it.

Whether research done in China was funded by the United States, and whether it meets the definition of “gain-of-function,” has been disputed for months. These issues have often come up during Dr. Fauci’s appearances on Capitol Hill. Testifying on January 11, Fauci stated that “what came out last night in Project Veritas was a grant that was submitted to DARPA, they distorted it to say we funded the grant. We have never seen that grant and we have never funded that grant.”

While the report attempts to connect the grant proposal to the “lab leak” theory, the Christian Science Monitor reported last fall that “the data published by EcoHealth involve viruses genetically distant from the one that causes COVID-19.”

However, there was another part of the Project Veritas report that alleged something even more serious and wide-reaching. The report included a memo from U.S. Marine Corps Maj. Joseph Murphy that Project Veritas described as “a separate report to the Inspector General of the Department of Defense.” According to his LinkedIn profile, Murphy is a former DARPA fellow who served in that role for eighteen months, ending in August of 2021.

In the report, dated August 13, 2021, Murphy claims to have found “unclassified files” detailing a “massive, ‘Manhattan Project’-level of information suppression executed by the government.”

Echoing many of the allegations in the Project Veritas report, Murphy alleges that EcoHealth Alliance proposed the gain-of-function research, that DARPA rejected the proposal, and that NIAID went ahead with the research, both in Wuhan and the United States.

But Murphy’s report makes another shocking claim: “SARS-COV-2 is an American-created recombinant bat vaccine or its precursor virus. It was created by an EcoHealth Alliance program at the Wuhan Institute of Virology (WIV), as suggested by the reporting surrounding the lab leak hypothesis. The details of this program have been concealed since the pandemic began.”

He goes on to claim that ivermectin and hydroxychloroquine are known to be “curatives.” In addition to his claims regarding “alternative” treatments, he alleges that mRNA vaccines “work poorly, because they are synthetic replications of already-synthetic SARSr-CoV-WIV spike proteins, and possess no other epitopes.”

These are, needless to say, very extraordinary claims that the scientific consensus does not support.

But they appear to be nothing beyond Major Murphy’s opinion, gleaned from his observations and what he’s read personally. If he has any definitive proof that any of these things are true, he does not supply it. Furthermore, Murphy’s degrees appear to be in general and systems engineering, not in virology, biology, or immunology.

This is not, as some have portrayed it on social media, the result of an official investigation, nor is it the conclusion of any government agency.

Jared Adams, DARPA’s top communications official, told Project Veritas that “it doesn’t sound normal to me” and noted that unmarked documents would not be based in a classified setting. It’s also unclear how the Office of the Inspector General responded to Murphy’s report, if at all.

Even Project Veritas portrays the memo somewhat skeptically, saying that “Major Murphy makes claims in his report to the Inspector General that, if true, could be damning to the official narrative that has been played out to the world over the past two years.” The “if true” is doing a lot of work in that sentence.

Sen. Ron Johnson (R-WI), who has frequently questioned the efficacy of vaccines, called for an investigation into the claims and asked to interview Murphy.

At any rate, the mainstream media, including most conservative outlets, haven’t devoted much attention to the story. The report should be seen not as proof of a smoking gun, but rather as a series of unsubstantiated charges that would be very serious if they had been supported with any significant evidence.