No Stimulus Checks Just Yet? You Can Blame The IRS. 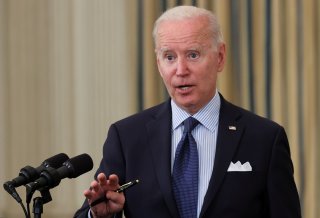 Ever since the government began sending out direct stimulus payments to Americans in an effort to help mitigate the financial hardship brought on by the ongoing coronavirus pandemic, fraud has been a concern. Indeed, the IRS reported that the period during which the first-round of federal stimulus checks of $1,200 were distributed saw $46.17 lost to fraud. Much of this was the result of checks cashed on behalf of deceased relatives, though other fraud schemes involving theft of stimulus checks have also been reported.

This might explain why one Oklahoma man is having so much trouble with the Internal Revenue Service. Robert Carlberg, a rural Oklahoma resident whose wife passed away in 2019, was informed following his filing of his 2019 tax return that the IRS had listed him as deceased along with his wife, and that his account had been locked. With the situation still unresolved, Carlberg is yet to file a 2020 tax return.

Like Carlberg, other Americans are experiencing problems or delays in receiving their stimulus checks. Groups who are normally not required to file returns, such as low income workers and Veterans Affairs beneficiaries, have experienced delays, as have some seniors. Others are reporting receiving a confirmation letter stating that their check has been issued, despite not actually receiving the payment.

Beyond problems or delays caused by concerns over fraud, the IRS is experiencing some hiccups that are causing delays in processing 2020 tax returns. This is due in large part to the added significance of 2020 tax returns with regards to determining eligibility for some coronavirus relief benefits.

For example, the IRS is currently in the process of distributing what it refers to as “plus-up” payments, or supplemental stimulus payments sent to those whose 2020 tax returns indicate that they are eligible for a larger stimulus payment.

Other benefits available to some people based on their 2020 tax returns include government paid health insurance premiums for those laid off from work, a stimulus check rebate credit for those who did not receive all of what they were entitled to during the first two rounds of stimulus payments, child and child care credits, a saver’s credit for people who contributed to an IRA, and credits for older Americans and those with disabilities.

In addition, the IRS is reportedly struggling with added responsibilities during this year’s tax season, as well as attempting to cope with an understaffed work force, both of which are further adding to delays.