Is the Novel Coronavirus More Dangerous Than Ebola? 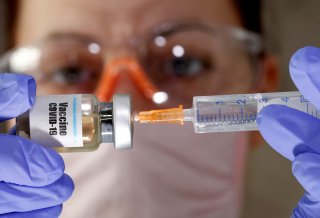 When it comes to the levels of lethality of the coronavirus and the Ebola virus, it’s basically “pick your poison.”

Yes, the Ebola virus boasts a high mortality rate of 50 percent—with the percentage sometimes even hitting 90 percent in past outbreaks—but the disease is known to be much more difficult to transmit to others.

The coronavirus, on the other hand, only has a mortality rate ranging from 2 percent to 14 percent, according to current estimates from several reporting countries, but the contagion is much more contagious than Ebola.

Now roughly eight months into the current coronavirus pandemic, there have been nearly twenty-four million cases, according to the latest data from Johns Hopkins University.

As for Ebola, in the last major outbreak from December 2013 to January 2016, there were about 28,600 confirmed cases, according to the U.S. Centers for Disease Control and Prevention.

The chief reason that the Ebola virus is harder to transmit to others is that it is not an airborne infection. Instead, much like HIV or hepatitis, it can only spread via direct contact.

When a person becomes infected with Ebola, he or she does not start developing signs or symptoms immediately. This period between exposure to an illness and having symptoms is known as the incubation period, which is similar to what has been witnessed in the novel coronavirus.

The major difference, however, is that a person can only spread Ebola to others after they develop signs and symptoms of the virus.

The WHO recently sounded the alarm that the coronavirus pandemic is now being largely driven by individuals between the ages of twenty and fifty who are unaware that they are infected.

According to Dr. Takeshi Kasai, WHO’s regional director for the Western Pacific, most of the young people either never develop coronavirus symptoms or have very mild ones.

“This increases the risk of spillovers to the most vulnerable—the elderly, the sick, people in long-term care, people who live in densely populated urban areas” and rural areas with limited health care, he said during a virtual press conference.

Furthermore, the WHO now appears to be on board with many other medical experts across the world in saying that airborne spread of the coronavirus is, in fact, possible.

According to the WHO, airborne transmission is different from droplet transmission, as the former refers to the presence of extremely small particles that can remain in the air for long periods of time and has the potential to be transmitted to others over distances greater than one meter.

At the beginning of the outbreak, both the WHO and the CDC often asserted that individuals need to worry about only two types of transmission: inhaling respiratory droplets from an infected person nearby and touching a contaminated surface and then your eyes, nose, or mouth.

Because of these findings, medical experts have highlighted the fact that poorly ventilated rooms, cars, buses, and other confined spaces should be deemed highly dangerous even when people wear masks and practice social distancing.