Oil Prices Up, Despite Omicron Fears 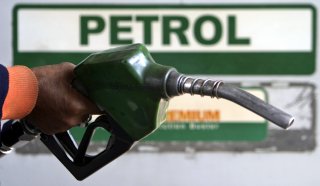 Oil prices rose over Christmas weekend and into Monday as news emerged that the highly infectious Omicron variant could come with milder symptoms and less severe health effects than previous coronavirus strains.

Serious outbreaks of the coronavirus are tied to lockdowns and decreases in travel while recovery from the pandemic is tied to increased use of cars and airplanes. As a reuslt, the positive news resulted in a spike in oil prices. Futures of West Texas Intermediate, the benchmark for American oil, increased by 2.4 percent on Monday, exceeding $75 per barrel.

Despite the positive developments, there are signs that the Omicron variant will remain a serious concern. Infections from the variant are already higher than they were at the height of the “delta variant” wave earlier in the year. Meanwhile, China, which responded to the pandemic in a manner that was widely lauded at the outset and has kept case rates remarkably low, tallied the highest number of coronavirus cases since January.

Prices in the United States have been particularly volatile. Exxon’s Baytown refinery in Texas, which experienced a significant fire on December 23. The fire injured four employees. The refinery has continued to operate at a decreased production rate. Also, over the Christmas break, thousands of flights were canceled due to illness among airline employees, driving down the use of jet fuel and raising concerns about the future of the virus in the United States. At the same time, there are early signs that consumption might decrease in Asia, leading to fears of an oil glut and a decrease in prices in the near future if production continues at its current level.

For now, however, prices of both West Texas Intermediate and Brent crude have remained high, with WTI futures at $75.57 per barrel and Brent futures at $78.60, according to Bloomberg News.

In the coming year, a final significant factor determining oil prices will be the outcome of nuclear negotiations in Vienna, which have made slight progress but whose final resolution remains uncertain. A settlement with Iran over the nuclear issue would come with a release of sanctions on its oil production, significantly lowering prices. Officials from the European Union have cautioned against drawing conclusions early from the summit, although the international organization has pushed both sides to speed up the negotiations.