Omicron Is Now in 38 Countries, WHO Says 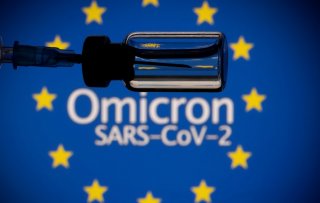 The new Omicron variant of the novel coronavirus, which as of Thursday was in twenty-three countries, is now confirmed as appearing in thirty-eight of them, the World Health Organization (WHO) said Friday. This places the variant in all six regions in which the WHO operates.

According to CNBC, WHO official Maria Van Kerkhove told the media Friday that it appears the transmissibility of the new variant is “more or less transmissible” compared to the Delta variant. However, while hospitalizations have been increasing in South Africa, where the variant was first spotted, there is not a sign yet of an increase in deaths.

However, Dr. Mike Ryan, executive director of the organization’s health emergencies program, said that the previous variants, including Delta, initially showed mild cases, although that didn’t remain the case for long. Larger rates of hospitalization and death tend to follow weeks after a variant first shows up.

And while South Africa reported cases to the WHO before any other country, that doesn’t necessarily mean that the variant showed up in that country first.

Meanwhile, the Associated Press said Thursday that the arrival of Omicron and the continuing Delta variant spell the possible return of “unpopular restrictions,” especially in Europe.

Greece is fining people over sixty people who refuse vaccination, while the Netherlands has imposed a daily 5:00 p.m. lockdown, both of which have led to rancor. Israel was running a phone-based contact tracing system that it has since halted.

Britain, meanwhile, has re-instituted a mask mandate in stores, while requiring visitors from abroad to quarantine. However, there are signs that populations have lost patience with restrictions.

The United States, however, has not made moves towards instituting the types of restrictions that were in place in 2020.

President Joe Biden on Thursday announced the White House’s COVID-19 Winter Plan. It consists mostly of encouraging boosters, as well as initial vaccinations of those who haven’t yet gotten shots, and the establishment of new family vaccination clinics, which will allow families to get vaccinated together in one place. Biden also announced plans to create “Surge Response Teams” for areas with rising cases and closed hospitals. The White House also announced plans to further its efforts in vaccinating populations around the world.

However, the White House is not talking about new lockdowns, the closing of schools, travel restrictions within the United States, or any other such restrictions that took place earlier in the pandemic, or in other countries currently.

Biden said the plan was to “get the nation to come together, unite the nation in a common purpose to fight this virus, to protect one another, to protect our economic recovery, and to think of it in terms of literally a patriotic responsibility.”