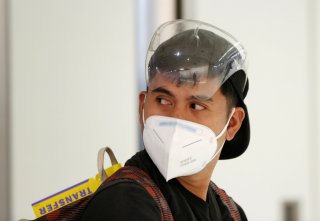 New data from the U.S. Centers for Disease Control and Prevention (CDC)are indicating that the highly mutated omicron coronavirus variant that was first detected in southern Africa two weeks ago now has been found in more than fifty countries and nineteen states across the United States.

“While we are still working to understand the severity of omicron as well as how it responds to therapeutics and vaccines, we anticipate that all of the same measures will at least, in part, provide some protection against omicron,” CDC Director Rochelle Walensky noted during a White House COVID-19 press briefing on Tuesday.

Jeff Zients, the White House Coronavirus Response Coordinator, added that approximately 12.5 million vaccine shots were administered over the past week, seven million of which were boosters.

White House chief medical advisor Dr. Anthony Fauci acknowledged that scientists should have more data by the middle of next week that will show how well the currently available vaccines stand up to the new variant, which is known to boast more than thirty mutations to the spike protein. Those particular mutations could be potentially associated with a decrease in antibody protection and higher transmissibility rates.

“We’ll be able to determine whether or not antibodies induced by all vaccines lose their capability of effectiveness with omicron,” the director of the National Institute of Allergy and Infectious Diseases said during the briefing.

“In addition, we are doing animal studies to evaluate immune protection as well as efficacy of antivirals,” he added.

New data released over the weekend from South African researchers suggested that the variant might cause only mild disease, but Fauci cautioned that “this can be influenced by the fact that many in this particular cohort are young individuals.”

Meanwhile, Dr. Scott Gottlieb, the former commissioner of the U.S. Food and Drug Administration (FDA), claimed that the omicron variant “extends the timeline” on when coronavirus will go from a pandemic to another virus that the world learns to live with.

“I still think this is going to be a transition year,” Gottlieb, a physician who worked at the FDA under former Presidents Donald Trump and George W. Bush and now serves on the board of COVID vaccine maker Pfizer, told CNBC on Tuesday night.

It is likely we will “go from a pandemic into a more endemic phase,” he added.

Regarding the milder cases seen in South Africa, Gottlieb claimed that “the reason why you’re seeing less severe disease and fewer hospitalizations relative to cases is many people in South Africa had infection with delta. So, when they’re getting reinfected with this variant, maybe their delta immunity isn’t protective against infection but protecting them against symptomatic disease and severe outcomes.”