Is the Omicron Wave Slowing Down? 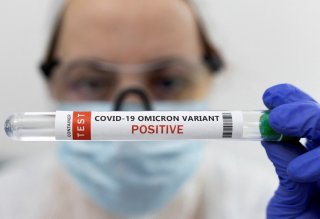 Ever since the Omicron variant began rampaging through the United States in December, the hope among many experts was that it would burn through quickly, hit a peak, and then decline, without causing spikes in deaths or any huge strain on the nation’s hospital systems.

The jury remains out, but now there are signs that the Omicron wave is already starting to decline, at least in some parts of the country.

The New York Times’ morning newsletter pointed out some recent good news about the pandemic, which appears to be following the pattern from countries where Omicron showed up earlier, such as South Africa and the United Kingdom.

"New Covid-19 cases are plummeting in a growing list of places. The percentage of cases causing severe illness is much lower than it was with the Delta variant. And vaccines — particularly after a booster shot — remain extremely effective in preventing hospitalization and death,” the Times said.

The story added that case counts have been plunging, especially in the Northeast. States such as Connecticut, Maryland, New Jersey, and New York have seen 30 percent decreases in new cases in the last week, with states like  Colorado, Florida, Georgia, Massachusetts, and Pennsylvania also showing 10 percent drops in new cases.

Even so, the lagging nature of Covid-19 deaths indicates that deaths are likely to increase in the coming weeks, the Associated Press reported this week. That analysis predicted that “50,000 to 300,000 more Americans could die by the time the wave subsides in mid-March.” That wave of new deaths is predicted to crest in late January or early February, per the report.

While Omicron leads, on average, to milder illness than the Delta and other previous variants, the sheer amount of volume of new cases is likely to lead to many deaths.

"A lot of people are still going to die because of how transmissible omicron has been,” University of South Florida epidemiologist Jason Salemi told the AP. “It unfortunately is going to get worse before it gets better.”

Meanwhile, FiveThirtyEight looked this week at a topic that’s occasionally come up throughout the pandemic: natural immunity.

It remains a question whether those who have recovered from Omicron-caused Covid-19 will develop immunity to other future variants of the virus. Dr. Anthony Fauci has said that it’s too soon to tell, as have other experts.