Pennsylvania: The Test Case of Opening a State Post-Coronavirus? 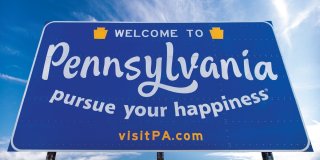 As the United States continues to take action against the coronavirus, it is important to realize that the response is not singular. In place of the federal government providing a united plan, it has been the states who individually have taken initiatives to curb the spread of the disease. Specifically, it has been governors, crowning themselves with previously unheard-of emergency powers, that have taken it upon themselves to institute statewide quarantines and enforce social distancing rules.

But governors are not the only political power at the state level. The Pennsylvania legislature has just passed a bill that would require the governor’s office to align all quarantine practices to those recommended by the federal government. This would in effect partially lift some of the lockdown measures, as the Trump administration is expected to be more ready to liberalize than many of the states.

This bill, which a Republican majority passed in both the statehouse and senate, is opposed by Democratic Governor Tom Wolf. First elected in 2014, Wolf was reelected in one of the biggest gubernatorial landslides of 2018. His office released a statement regarding the bill: “Irresponsibly going against the direction of the Secretary of Health and reopening businesses too early will only extend the length of the economic hardships created by the pandemic."

Dr. Rachel Levine, the Secretary of Health, wrote her own statement. "While the governor and I are as eager as anyone to begin getting people back to work, doing so prematurely will only increase the spread of the virus, further lengthening associated economic challenges, while also placing more lives at risk," she wrote to state senate Republicans.

While Pennsylvania has a political tradition going back fifty years of alternating evenly between Republican and Democratic governors, the state legislature is continuously Republican. “The Pennsylvania GOP has a storied history of passing irresponsible legislation, but even I’m surprised they’ve stooped so low,” said Jessica Post, president of the Democratic Legislative Campaign Committee. “Republicans have sent the message loud and clear: they don’t care about Pennsylvania families or the lives that will be lost should this legislation become law. The GOP’s focus should be on saving lives, not saving the stock market.”

Republicans contend, however, that there is a middle ground that involves lifting restrictions on certain businesses and allowing the economy to partially reopen. Rep. Mike Jones specifically points to construction companies, real estate offices, and car dealerships. “Those are the big three that virtually every other state in the nation, including many of the surrounding states, continue to operate, and it's coming at the expense of our state,” he said. “These businesses can be conducted pretty much contact-free. Think about purchasing a car -- that can be done very easily. And construction is outdoors with, typically, a lot of separation.”

Governor Wolf is not expected to sign the bill.