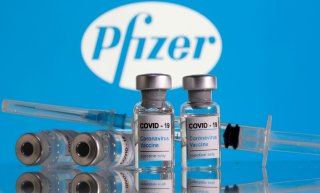 Even though the administering of coronavirus booster shots is just getting underway in many parts of the United States, Pfizer CEO Albert Bourla is now contending that Americans might need a fourth shot sooner than expected due to the highly mutated omicron coronavirus variant that was first detected in southern Africa two weeks ago.

Bourla noted that preliminary research by Pfizer and BioNTech revealed that the fast-spreading variant has the potential to undermine protective antibodies generated by their vaccine. Still, the two-dose series likely still offers enough protection against severe disease from omicron.

“When we see real-world data, will determine if the omicron is well covered by the third dose and for how long,” he told CNBC on Wednesday.

“And the second point, I think we will need a fourth dose,” he added.

Bourla said it should be a top priority to quickly roll out the third dose of the vaccine for winter, during which a spike in infections is feared due to people gathering more indoors.

The CEO’s comments come as the U.S. Centers for Disease Control and Prevention data are indicating that the omicron variant now has been found in more than fifty countries and about twenty states across the United States.

“While we are still working to understand the severity of omicron as well as how it responds to therapeutics and vaccines, we anticipate that all of the same measures will at least, in part, provide some protection against omicron,” CDC Director Rochelle Walensky noted during a White House COVID-19 press briefing.

Furthermore, climbing rapidly is the number of coronavirus-related deaths, which reached a seven-day average of well over one thousand six hundred, the highest number witnessed in more than a month.

According to a New York Times analysis of data, there has been a 19 percent increase in hospitalizations over the past two weeks in the United States, with many states in the Midwest being the hardest hit.

Ohio has a daily average of more than four thousand four hundred people hospitalized due to the virus, representing a 29 percent increase over the past two weeks. Meantime, Illinois and Indiana have seen nearly a 50 percent surge in hospitalizations.