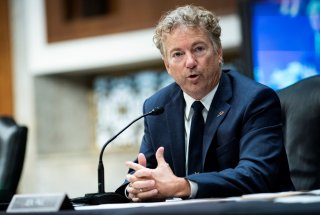 Sen. Rand Paul (R-Ky.), the first senator to get coronavirus, condemned New York Gov. Andrew Cuomo (D) for his handling of the coronavirus pandemic and pushed to impeach him from office.

"I think Gov. Cuomo should be impeached ... for the disastrous decision he made to send patients with coronavirus back to nursing homes. ... Virtually half his people who died were in nursing homes," Paul said on Fox News’ “Rundown” morning podcast.

Paul added that “terrible public health policy decisions” were made during the lockdown, as the economy took a tailspin and New York continued to see deaths, especially in nursing homes.

Almost 6,500 coronavirus-related deaths in New York are linked to nursing homes and long-term care facilities, according to data released by the New York Times.

“I see nothing to be admired in New York’s lockdown,” he continued.

There were 673 new coronavirus cases in the state as of Wednesday, bringing its total number to 405,441, according to Johns Hopkins University coronavirus data. New York has seen more than 32,000 fatalities, with the most in New York City.

“The interesting story that most people aren't reporting, is that New York … doesn't have many deaths at this point and doesn't have many new cases and people say, ‘Oh, that's because Gov. Cuomo is such a great governor.’ No, it has nothing to do with him,” he added.

Paul said that New York City has “achieved a level of immunity” where the virus has “run its course” and won’t bounce back as hard as it did the first time.

One of Cuomo’s staffers said the senator's remarks were probably due to comments made by the governor earlier on Wednesday.

New York is experiencing a slight decline in the number of newly reported cases each day after hitting its peak in April.