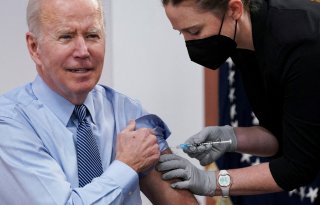 An unvaccinated adult in New York state has contracted polio, the first case in the United States in nearly a decade, the Associated Press has reported.

County health officials confirmed that the individual, who is no longer considered contagious, has developed paralysis. The person, whom the New York Times reported to be a man from the Orthodox Jewish community, developed symptoms a month ago and did not recently travel outside the country.

Per CNN, the case has been identified as a revertant polio Sabin type 2 virus, suggesting that it was derived from a person who received the oral polio vaccine, which contains a live but weakened form of the virus.

According to Jennifer Nuzzo, a Brown University pandemic researcher, most Americans are vaccinated against polio, but this should be a wake-up call to the unvaccinated.

“This isn’t normal. We don’t want to see this,” she told the news agency.

“If you’re vaccinated, it’s not something you need to worry about. But if you haven’t gotten your kids vaccinated, it’s really important that you make sure they’re up to date,” Nuzzo continued.

“Based on what we know about this case, and polio in general, the Department of Health strongly recommends that unvaccinated individuals get vaccinated or boosted with the FDA-approved IPV polio vaccine as soon as possible,” State Health Commissioner Mary Bassett said in a statement on Thursday.

“The polio vaccine is safe and effective, protecting against this potentially debilitating disease, and it has been part of the backbone of required, routine childhood immunizations recommended by health officials and public health agencies nationwide,” she added.

Once a common virus, polio is transmitted through contaminated water and food or contact with an infected person. In some young children, the disease can affect the nerves and cause muscle weakness or paralysis, which can sometimes be fatal. There is no cure, but it is easily preventable by the polio vaccine, which became available starting in 1955. Treatment to address symptoms may include medication to relax muscles and heat and physical therapy to stimulate muscles. However, any paralysis caused by the virus is permanent.

In 1952, during one of the most severe U.S. polio outbreaks, the virus infected 58,000 people, paralyzed more than 21,000, and killed more than 3,100. In 1979, polio was declared eliminated in the United States, meaning that there was no longer routine spread.