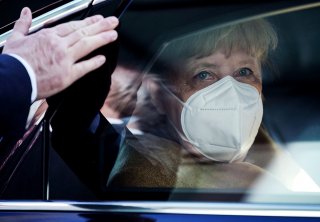 The nearly yearlong coronavirus pandemic’s end was indeed in sight when Germany launched its promising vaccination drive in late December.

Roughly a month later, however, the anemic progress in vaccinating the country has only frustrated German citizens, health officials, and medical professionals.

Health Minister Jens Spahn had initially targeted three hundred thousand vaccinations per day, but Germany has yet to hit that ambitious figure. The latest daily data from Tuesday by the public health agency Robert Koch Institute revealed that only about sixty-two thousand shots were administered.

Much of the blame has been placed on the ongoing delays in opening many of the nation’s vaccination centers, as the country has received far fewer shots than expected due to a temporary slowdown of vaccine deliveries from Pfizer and its German partner BioNTech

In contrast, the United Kingdom, which started its vaccination program in early December, has already vaccinated more than four million people with the first dose and nearly half a million with the second dose. At the end of last week, more than three hundred thousand on average were being inoculated per day.

On Thursday, however, Chancellor Angela Merkel urged Germans to stop complaining about the slow vaccine rollout and defended the decision to secure the doses through the European Commission, instead of taking a more unilateral approach.

“I understand the impatience,” she said during a press conference. “There is no reason whatsoever to criticize BioNTech. Those are people who work day and night . . . and we are benefiting from this. How can we even complain?”

Merkel also tried to justify the decision to extend a lockdown that aimed to limit the spread of a more contagious variant of the coronavirus. Schools, restaurants, and all nonessential businesses will be shut until Feb. 14.

“Our efforts face a threat, and this threat is clearer now than at the start of the year and this is the mutation of the virus,” she said, adding that the new variant was not yet dominant in the country.

“We cannot wait for this threat to hit us, meaning an aggressive increase in infections, that would be too late to prevent a third wave of the pandemic. We can still prevent this. We still have some time.”

Merkel later added: “We can’t rule out border closures but want to prevent them through cooperation within the European Union.”

Germany, which has been under lockdown since early November, reported on Thursday more than twenty thousand infections and a thousand related deaths.