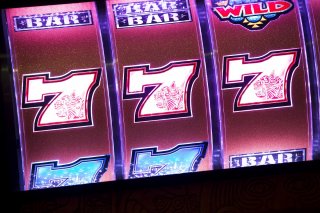 Ever since Americans began receiving their stimulus checks from the American Rescue Plan, they’ve spent a lot of that money- enough to cause retail sales to surge in March, and the gross national product to rise significantly in the first quarter.

Surveys have shown that more Americans are spending their stimulus money on household bills than anything else, but there are indications that the money is also being spent on home improvements, as well as the sorts of things people weren’t able to do during the long pandemic.

There are also indications that some of that money got spent in Nevada casinos.

According to Forbes, casinos in the state of Nevada raked in $1 billion in the month of March, its biggest month in eight years.

However, business on the Las Vegas Strip specifically was down about 10 percent from March 2019.

“It was a phenomenal gaming win month—it surprised a lot of people,” Michael Lawton, a senior research analyst for the Nevada Gaming Control Board, told Forbes. “We anticipated a good month, but I don’t think anyone saw this amount coming.”

What drove the big month for Nevada? It was a few factors, including pent-up demand, money in people’s pockets from stimulus checks and not having spent for the previous year, as well as the return of the NCAA Tournament, which drove lots of betting action after the tournament didn’t take place in 2020.

“The question now is how sustainable is this? The stimulus did its job, it stimulated the economy,” Lawton added. “But there are components that Las Vegas needs to get back that aren’t there yet: we need mid-week business travel, that has to be there. We have drive-in traffic, but the flights are not there yet.”

As for the Vegas Strip, the land of giant resort hotels, it’s still operating at about 50 percent capacity, and the big conferences, conventions and other events that traditionally drive people to the Strip haven’t been happening. Strip casinos posted $500 million in revenue in March, which was a 67 increase from the same month in 2020, when the pandemic began, but still down quite a bit from typical highs.

However, other parts of Nevada, which rely not on tourists but on local gamblers, have seen unprecedented success. Such non-Strip gambling districts as Downtown Las Vegas, Elko County and the Carson Valley Area posted record numbers in March.

The Forbes piece quoted a report by the Nevada Gaming Control Board, complete with numbers on the success of specific games.

While gambling has become legal in more places than ever before in the last five years, especially on sports, Nevada has had legal gambling for much longer.