Stimulus Money: How Did You Spend Your Check from Uncle Sam? 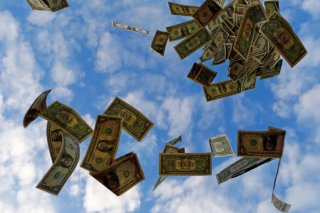 The IRS appears to be nearly done sending out the $1,400 stimulus checks that the American Rescue Plan mandated. Fewer than 1 million checks were sent out in the last batch of payments, which went out last week.

Periodically, surveys have been released looking at how Americans went about spending the money they got from their stimulus checks. The latest comes from the Peter G. Peterson Foundation, which put out a report this week that asked: How did Americans spend their stimulus checks and how did it affect the economy?

The report noted that those who received stimulus payments last year from the CARES Act spent that money at a high rate, which wasn’t the case for the second and third stimulus checks.

“However, that spending pattern changed for the second and third round of stimulus checks. While many households reported that they still used, or planned on using, part of those later payments for expenses like food and rent, only about one-fifth of households indicated that they used the money primarily for those purposes—opting to either save the payments or use them to pay off debt instead,” the report said.

The report also looked at whether the payments helped the economy. They estimated that the CARES Act payments “boosted the country’s economic output by 0.6 percent in 2020,” and while it’s too early to determine the impact of the second two checks, “some initial estimates indicate that they may provide a small boost to the economy as well,” while some economists have warned of a temporary increase in inflation.

The spending patterns of the Economic Impact Payments varied across legislation and households, with many families opting to increasingly save the funds or use them to pay off existing debt. Regardless, those payments likely helped alleviate the financial hardship faced by many Americans due to the coronavirus pandemic and may have helped fuel the ongoing economic recovery. By understanding the benefits and shortcomings of the program, policymakers can improve the effectiveness of any future iteration of the program.