Study: Coronavirus Crisis Could Have Started as Early as October 6, 2019 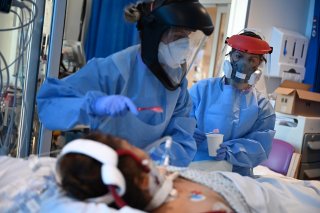 A new genetic study out of England suggests that the novel coronavirus spread rapidly around the globe late last year.

Scientists at University College London’s Genetics Institute examined samples from more than 7,500 people infected with COVID-19. The study also identified nearly 200 recurrent genetic mutations of the new coronavirus, SARS-CoV-2, which researchers said showed how the contagion is adapting to its human hosts as it spreads.

“Phylogenetic estimates support that the COVID-2 pandemic started sometime around Oct. 6, 2019 to Dec. 11, 2019, which corresponds to the time of the host jump into humans,” the research team, co-led by Francois Balloux, wrote in a study published in the journal Infection, Genetics and Evolution.

A recently published study by French scientists discovered a man in France was infected with COVID-19 as early as Dec. 27, which was close to a month before authorities confirmed the first cases there. The World Health Organization responded by saying that this finding was “not surprising.”

Novel coronavirus cases have been reported in more than 210 countries and territories since they were first identified in Wuhan, China, in December 2019.

The analysis also discovered that the virus was and is currently mutating—as what normally occurs with these types of contagions. In addition, a large proportion of the worldwide genetic diversity of the virus causing COVID-19 was found in all of the countries with the largest outbreaks.

“All viruses naturally mutate,” Balloux said in a statement. “Mutations in themselves are not a bad thing and there is nothing to suggest SARS-CoV-2 is mutating faster or slower than expected. So far, we cannot say whether SARS-CoV-2 is becoming more or less lethal and contagious.”

In another study conducted by scientists at Britain’s University of Glasgow, it showed that previous assertions that there are two different strains were, in fact, inaccurate.

A preliminary study in March by scientists in China suggested there could be two strains of the new coronavirus, but this particular study, published in the journal Virus Evolution, revealed that only one type of the virus was circulating.

More than 3.75 million people worldwide have been reported to be infected by COVID-19 and about 263,000 have died, according to the latest data by Johns Hopkins University.