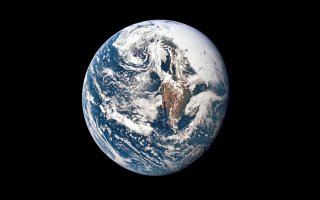 Lockdowns and reduced societal activity related to the yearlong coronavirus pandemic have made Earth’s air cleaner—but they have also slightly warmed the planet, according to a new study in the journal Geophysical Research Letters.

For a short time, temperatures in some regions in the eastern United States, Russia, and China were as much as half to two-thirds of a degree warmer, the study’s authors noted.

That was mainly due to less soot and sulfate particles from automobile exhaust and burning coal, which are known to cool the atmosphere temporarily by reflecting the sun’s heat.

“The COVID-19 pandemic changed emissions of gases and particulates,” the researchers wrote.

“These gases and particulates affect climate. In general, human emissions of particles cool the planet by scattering away sunlight in the clear sky and by making clouds brighter to reflect sunlight away from the Earth.”

To conduct the research, the team tapped into two of the world’s leading climate models—the NCAR-based Community Earth System Model and a model known as ECHAM-HAMMOZ, which was developed by a consortium of nations in Europe.

The researchers ran simulations on both models after adjusting for emissions of aerosols and particles and incorporating official meteorological data for the year.

These surprising findings were revealed after another recent study that suggested Earth’s ice is melting faster today than in the mid-1990s, a dangerous acceleration that is now in line with the worst-case climate change scenarios often warned by scientists over the past decade.

The research, published in the journal The Cryosphere, revealed that a total of twenty-eight trillion metric tons of ice was lost between 1994 and 2017.

In the 1990s, the planet’s ice was melting at a rate of about seven hundred sixty billion tons per year—but in the 2010s, that figure surged 60 percent to an average of 1.2 trillion tons each year.

According to recent data revealed by the Ice Sheet Model Intercomparison Project, led by NASA’s Goddard Space Flight Center, if emissions continue at their current pace, the eventual melting of Greenland and Antarctica’s ice sheets could together contribute more than fifteen inches of global sea-level rise.

For the year 2017, the team discovered that the planet lost 1.3 trillion tons of ice—equivalent to a hundred-meter-thick sheet of ice able to cover the entirety of the United Kingdom.

“One of the key roles of Arctic sea ice is to reflect solar radiation back into space, which helps keep the Arctic cool,” Isobel Lawrence, a researcher at the Leeds’ Centre for Polar Observation and Modelling, said in a statement. “As the sea ice shrinks, more solar energy is being absorbed by the oceans and atmosphere, causing the Arctic to warm faster than anywhere else on the planet.”

The global atmospheric temperature has risen by about 1.1 degrees Celsius since pre-industrial times—but in the Arctic, the warming rate over the past three decades has been more than twice the global average.

The study further revealed that roughly 3 percent of all the energy trapped within the Earth’s systems because of climate change has gone toward melting of the ice.