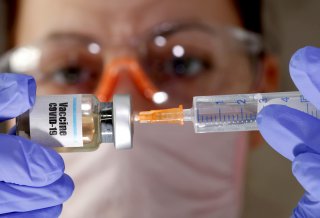 Expiring state eviction bans have helped drive forward hundreds of thousands of additional coronavirus cases, according to a new study that has yet to be peer-reviewed but is available as a preprint online.

During the ten-month-long pandemic, forty-three states, along with Washington DC, temporarily banned evictions, but many of the moratoriums lasted only two or three months. The study discovered that lifting state moratoriums and allowing eviction proceedings to continue caused as many as 433,700 excess cases of coronavirus and 10,700 additional deaths in the United States between March and September.

In September, the U.S. Centers for Disease Control and Prevention ordered a nationwide halt to most evictions through the end of the year to help limit the reach of the pandemic that has already infected 13.6 million and killed 268,000 in the United States, according to the latest data compiled by Johns Hopkins University.

Most medical experts are in agreement that if the CDC’s eviction ban isn’t extended into next year, thousands of more new cases will likely be seen.

The nationwide directive was widely seen as the best hope to prevent more than twenty-three million renters from being evicted, but many tenants still fell through the cracks. There have been reports that the order has been applied inconsistently, and some tenants weren’t even aware of it.

Landlords in several states also unsuccessfully sued to throw out the order, arguing that it was causing them financial ruin and infringing on their property rights.

“Right now, we are seeing variations in the way courts are applying the CDC order, and we are also seeing a lack of knowledge among tenants and property owners,” Emily Benfer, a law professor at Wake Forest University and the chair of the American Bar Association’s COVID-19 task force committee on evictions, told the Associated Press.

“Advocates are working overtime to inform tenants of their rights under the CDC order and, in many places, evictions are going forward.”

According to Eviction Lab at Princeton University, the number of eviction filings have continued to rise in several states, with cities in South Carolina, Ohio, Florida, and Virginia witnessing the largest jumps in October.

“It’s pretty alarming that lots of evictions are still, at least, being filed,” Eric Dunn, director of litigation at the National Housing Law Project in Richmond, Virginia, told the Associated Press.

“Because tenants often value their ability to obtain other rental housing over remaining in one specific property, the fact that such cases are being filed likely has a chilling effect on tenants who would otherwise assert the moratorium. Tenants who receive eviction notices will move out to avoid the creation of an eviction record, rather than stay in their homes.”