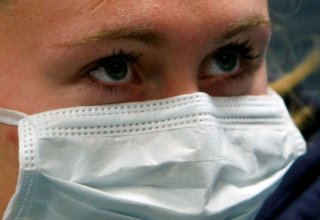 A new study out of the University of North Carolina (UNC) has revealed that obesity increases the risk of death from the coronavirus by 48% and may make vaccines against the disease less effective.

The findings, which the lead researcher described as “scary,” were published in the journal Obesity Reviews.

In addition to the elevated risk of death, the team discovered that obese people had a 46% greater risk of catching the coronavirus than non-obese individuals and had 113% increased risk of hospitalization.

Moreover, their chances of ending up in the intensive care unit were 74% higher than non-obese people.

Obesity was already pinpointed as a known risk factor for more severe cases of the coronavirus because of the underlying health conditions associated with the condition, which can include hypertension, heart disease, Type 2 diabetes, and chronic kidney and liver disease.

The researchers cited one particular report that showed 42% of hospitalized coronavirus patients in New York City were obese compared to only 22% of the city’s overall population.

“Individuals with obesity are also more likely to experience physical ailments that make fighting this disease harder, such as sleep apnea, which increases pulmonary hypertension, or a body mass index that increases difficulties in a hospital setting with intubation,” the study’s co-author Dr. Melinda Beck, a professor at UNC’s Gillings Global School of Public Health, said in a statement.

Previous research by Beck and others has demonstrated that the flu vaccine is less effective in adults with obesity. The same may hold true for a potential coronavirus vaccine.

“However, we are not saying that the vaccine will be ineffective in populations with obesity, but rather that obesity should be considered as a modifying factor to be considered for vaccine testing,” Beck noted.

“Even a less protective vaccine will still offer some level of immunity.”

The ongoing pandemic’s resulting lockdowns and stay-at-home orders have led to a number of conditions that make it more difficult for individuals to achieve or sustain a healthy weight.

“We’re not only at home more and experiencing more stress due to the pandemic, but we’re also not visiting the grocery store as often, which means the demand for highly processed junk foods and sugary beverages that are less expensive and more shelf-stable has increased,” the study’s lead author Dr. Barry Popkin, a professor at UNC’s Gillings Global School of Public Health, said in a statement.

“These cheap foods are high in sugar, sodium, and saturated fat, and they’re laden with highly refined carbohydrates, which all increase the risk of not only excess weight gain but also key noncommunicable diseases.”

The U.S. Centers for Disease Control and Prevention has reported that 42% of the U.S. adult population was considered obese in 2017-2018.