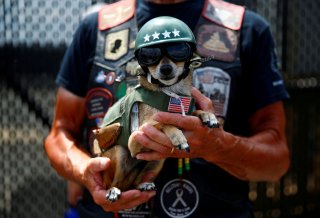 The Sturgis Motorcycle Rally held in South Dakota in August has been linked to coronavirus outbreaks in the neighboring state of Minnesota, according to a new study largely conducted by Minnesota health officials and published by the U.S. Centers for Disease Control and Prevention.

State officials were able to pinpoint eighty-six specific cases that were related to the ten-day-long event—fifty-one people who traveled to Sturgis and thirty-five who came into contact with those individuals at a later time. Among the infected, four were hospitalized and one died.

This year, about 460,000 people attended the rally, the report stated.

“These findings highlight the far-reaching effects that gatherings in one area might have on another area,” the study’s authors wrote.

“The motorcycle rally was held in a neighboring state that did not have policies regarding event size and mask use, underscoring the implications of policies within and across jurisdictions.”

According to Camber Systems, which collects and analyzes cellphone activity for health researchers, more than 61 percent of U.S. counties were visited by someone who was at the Sturgis rally. There also have been reports of related cases in Nebraska, North Dakota, Wisconsin, Montana, and Wyoming.

In September, the Associated Press found that nearly three hundred people in twelve states tested positive for the coronavirus after attending the event.

“Despite under-ascertainment of the rally's full impact in Minnesota and other states, these findings highlight the importance of reducing the number of attendees at gatherings and emphasizing mask use, physical distancing, isolation for patients with COVID-19, and quarantine for close contacts as strategies for reducing the spread of COVID-19,” the study wrote.

“Furthermore, these findings demonstrate the rationale for consistent mitigation measures across states.”

According to a controversial sixty-three-page study carried out by researchers from the Center for Health Economics and Policy Studies at San Diego State University in September, the rally may have caused more than 260,000 new coronavirus cases across the country.

The surprising finding, combined with a per-case cost estimate from other economists, also pointed to the conclusion that the event may have generated a public-health cost of about $12.2 billion.

That amount is based on another finding that an average of $46,000 is spent on each patient who tests positive for the virus.