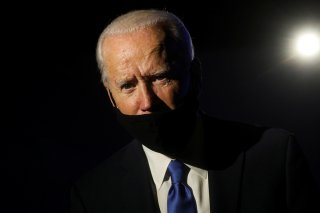 Universal mask use could prevent nearly 130,000 deaths by the end of February in the United States amid the ongoing novel coronavirus pandemic, according to new research that was published in Nature Medicine.

This particular study comes on the heels of the United States now dealing with a surge of new infections, largely driven by neglect of safety precautions and pandemic fatigue.

On Thursday, more than 75,000 new cases were reported in the country, which has witnessed roughly 8.5 million confirmed infections and more than 223,000 related deaths, according to Johns Hopkins University. Eight states set single-day case records.

“We think the key point here is that there’s a huge winter surge coming,” Christopher Murray, a lead author on the paper and the director of the University of Washington’s Institute for Health Metrics and Evaluation, said in a press briefing.

The next wave likely isn’t fully preventable, but “expanding mask use is one of the easy wins for the United States.”

The research also projected that there could be about half a million coronavirus-related deaths in the country by the end of February, with populous states like California, Texas, and Florida potentially facing high levels of illness and deaths.

“We expect the surge to steadily grow across different states and at the national level, and to continue to increase as we head towards high levels of daily deaths in late December and in January,” Murray said.

Current mask use in the United States varies widely. Some states like New York and California have set strict rules on when to wear masks, but others have no specific requirements.

Both the U.S. Centers for Disease Control and Prevention and the World Health Organization have also touted the benefits of face masks and coverings in the ongoing battle against the virus.

CDC Director Dr. Robert Redfield even went on to assert last month that such personal protective gear might provide better protection than a viable vaccine.

“We have clear scientific evidence they work, and they are our best defense,” he told the U.S. Senate Appropriations Subcommittee on Labor, Health and Human Services, Education, and Related Agencies.

“I might even go so far as to say that this face mask is more guaranteed to protect me against COVID than when I take a COVID vaccine.”

Redfield noted that a potential coronavirus vaccine—which will likely be available in limited quantities by the end of this year—may only offer immunogenicity, or the ability to build an immune response, of 70 percent.

“If I don’t get an immune response, the vaccine’s not going to protect me. This face mask will,” he said.