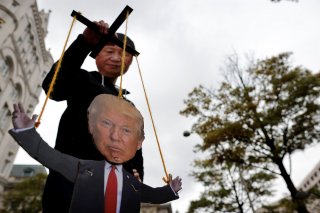 In early October, China officially joined the World Health Organization-led COVAX initiative to produce and distribute the coronavirus vaccine worldwide. The initiative is a part of the WHO’s measure to address the pandemic and global distribution of the vaccine. Around one hundred and seventy-two states are currently collaborating on the COVAX initiative, and China now plays the most influential role in the group. However, missing in this international effort is the United States. The United States has refrained from joining COVAX due to President Donald Trump’s disdain for multilateral organizations and collaborative efforts.

The current administration’s isolationist position is helping Beijing fill the leadership vacuum. Besides, for Beijing, playing a major role in the fight against coronavirus is the ideal course of action to improve its image. China’s reputation has drastically declined, as a recent survey conducted by the Pew Research Center shows a negative view of China in many countries. The coronavirus health crisis has devastated world economies and resulted in hundreds of thousands of lives lost. Around the world, there is anger towards China, irrespective of whether Beijing is culpable or not. This negative view of China has seriously affected its ambitious multi-trillion-dollar Belt and Road (BRI) projects, leading to economic blowback. By contributing to the COVAX initiative along with its Mask Diplomacy efforts, Beijing aims to promote its image as a “responsible global leader.” Beijing continues to ship medical supplies, ventilators, and masks to countries that are fighting the pandemic. With this strategy, China addresses its negative image problem and softens the blow to its geopolitical influence and the 2,600 mega-BRI-projects. For the time being, China’s goal is to fix its image, but Beijing’s ultimate goal remains of becoming a rule-shaper in the global order.

The Trump administration’s policies have facilitated Beijing in its image improvement mission. The absence of U.S. leadership in international pandemic relief efforts has allowed China to take the dominant role in the COVAX initiative. This crisis has also raised the question of future leadership. It is evident that the development and distribution of coronavirus vaccines will be the defining global challenge for the next few years. However, the state that takes the leadership role in addressing the pandemic will emerge as the dominant power in a post-coronavirus world. For now, China is leading the global effort in providing assistance and helping with the research, whereas the United States remains distracted with dysfunctional and polarized domestic politics.

When it comes to addressing the coronavirus crisis, the Trump administration decided to take the lone-wolf approach. Ignoring the fact that an infectious disease outbreak threatens U.S. national interests and global health. Previous governments realized the precarious nature of pandemics and collaborated with international organizations for a prompt response effort. Historically, the U.S. has taken comparable situations as opportunities to demonstrate leadership, utilizing American scientific ingenuity, military might, and economic power to fortify allies and send signals of unity to adversaries. Without the U.S. efforts, the past health crises like the Middle East Respiratory Syndrome, Severe Acute Respiratory Syndrome, Coronavirus, Zika virus, and Ebola virus would have resulted in major catastrophes. However, in early May, the United States embarked on Operation Warp Speed to secure the coronavirus vaccine for Americans as early as possible, eschewing any international cooperation. Making matters worse, the United States withdrew from the WHO in July 2020, signaling a sharp departure from past U.S. collaboration and cooperation efforts during global catastrophes.

At present, the pandemic has further exposed the fault-lines in the international order that existed beforehand. The lone-wolf approach has undercut the United States’ geopolitical clout in international relations and its moral authority. America’s reputation has declined due to its handling of the pandemic among its key allies; consequently, advanced economies are now more critical of the United States than of China. Meanwhile, most Europeans now perceive China as the top global economy and not the United States. China’s economy is on the rise, and the recent data showed that its economy grew by 4.9 percent in the third quarter. China is gaining from the declining U.S. position and is attempting to validate its leadership role by showing-up. President Trump’s failed domestic and foreign policies have made “China great again.”

For things to be different, the next administration needs to take a drastically different approach to the global health crisis. A pandemic requires a national and international response under strong leadership towards a common purpose of defeating coronavirus. Trump’s nationalist pandemic response is purposely deceptive with the aim of undermining the efforts by scientists and officials who are fighting to contain it. Additionally, the administration fails to see that pandemics do not occur in isolation, and there is no stopping the virus from entering the United States. America cannot build a wall against infectious disease, and this fact remains sorely missing from the official agenda.

We highlight three areas that should be part of the likely forthcoming Biden administration’s strategy to make America lead again in the international order. First, strengthen the U.S. position by joining the WHO and the COVAX initiative. Second, appoint competent and reputable medical leadership to design strategies for global distribution of the vaccine and coronavirus related therapeutics. Trump disgraced the Centers for Disease Control and Prevention (CDC) and the Food and Drug Administration (FDA) by turning them into his government’s political tools. The CDC and the FDA’s authority was further diminished by the administration when they focused on controlling the message rather than the virus by giving inaccurate and misguided information.

Finally, the next administration must think beyond its shores and towards collective humanity to counter the coronavirus pandemic and a declining U.S. reputation. President Trump’s isolationist and individualistic posture has resulted in damaging the U.S. image globally. America remains the scientific research and development powerhouse. Washington can utilize its soft-power tools to improve its reputation and renew its global commitments.

For the moment, Beijing is quietly taking advantage of American isolationist policies and is advancing its image as the next global leader. Whether it is President Joe Biden or the second term of Donald Trump, the next administration’s focus needs to improve the U.S. reputation by working with allies on confronting the pandemic. In the last three years, we have seen that “America First has made America alone,” and a pandemic cannot be controlled without global cooperation and coordination.

Farah N. Jan, Ph.D, is an international relations lecturer at the University of Pennsylvania. Reach her on Twitter @fjan1.

Kolby Kaller is a student affiliated with the International Relations Program at the University of Pennsylvania. She is also World House Student Fellow at Perry World House.