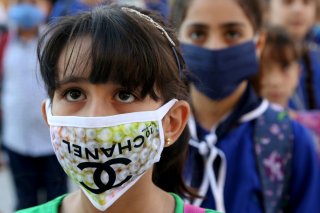 The coronavirus pandemic-driven disruption to education worldwide has the potential to cause at least twenty-four million students to drop out of school, according to Henrietta Fore, the executive director of the United Nations Children’s Fund.

She noted that at the height of the ongoing pandemic, schools in 192 countries shuttered their doors, which left roughly 1.6 billion students without the opportunity for in-person classroom learning.

Even today, more than 870 million students worldwide are still unable to return to school.

“The longer children remain out of school, the less likely they are to return,” Fore said during a recent press call hosted by the World Health Organization and the United Nations Educational, Scientific and Cultural Organization.

“That’s why we are urging governments to prioritize reopening schools when restrictions are lifted.”

As the novel coronavirus quickly spread around the world earlier this year, many schools began to rely more on virtual educational models to replace in-person learning. Education experts, however, have admitted that virtual learning is still a work in progress and shouldn’t be viewed as a perfect replacement for traditional classroom learning.

According to Fore, more than 460 million students around the globe don’t have internet access, computers, or mobile devices to take advantage of virtual learning models.

“We know that closing schools for prolonged periods of time (has) devastating consequences for children,” she said.

“They become more exposed to physical and emotional violence. Their mental health is affected. They are more vulnerable to child labor, sexual abuse, and are less likely to break out of the cycle of poverty.”

Earlier this week, UNESCO, UNICEF, and the WHO jointly published a ten-page document that offers guidance on how to reopen and operate schools during the pandemic.

“It is of utmost importance that education and health work closely together to ensure that schools reopen safely as a matter of priority,” UNESCO Director-General Audrey Azoulay said.

“When we deal with education, the decision that we make today will impact tomorrow’s world.”

WHO’s Director-General Tedros Adhanom Ghebreyesus stressed that communities should first make sure that they can contain the virus through public-health measures like mask-wearing and social distancing before committing to reopen schools and putting children at risk.

“Although children have largely been spared, many of the most serious health effects of the virus they have suffered in other ways,” he said.

“Millions of children have missed out on months of schooling. We all want to see children back at school, and we all want to make sure the schools are the safe and supportive learning environments they should be.”