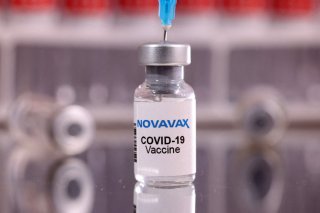 The Biden administration has confirmed that it plans to offer updated Covid-19 booster shots starting in September, according to a new report by the New York Times. The new vaccines have been modified to target the highly transmissible Omicron subvariants BA.4 and BA.5 in addition to the original strain of the virus.

“We must stay vigilant in our fight against Covid-19 and continue to expand Americans’ access to the best vaccines and treatments,” Health and Human Services (HHS) Secretary Xavier Becerra said in a release. “As we look to the fall and winter, we’re doing just that—ensuring Americans have the tools they need to stay safe and help keep our nation moving forward,” he continued.

According to NBC News, both Pfizer and Moderna acknowledged that they will have the new boosters ready by this fall and that the federal government already has purchased millions of doses to distribute to the public. On Friday, HHS and the Pentagon announced an agreement to purchase sixty-six million doses of Moderna’s bivalent Covid vaccine booster. Meanwhile, the federal government also recently purchased more than a hundred million bivalent Covid vaccine booster doses from Pfizer-BioNTech.

Combined, the two agreements with vaccine manufacturers would make approximately 171 million bivalent vaccine booster doses available in the United States for the fall and beyond, if they are authorized and recommended. However, HHS pointed out that figure would not be enough for every single American.

Both Moderna and Pfizer agreements include options for a total of 600 million doses—300 million from each company—but these options can only be exercised with additional funding from Congress.

The Covid-19 subvariants, which are particularly adept at evading the immune protection afforded either by vaccination or prior infection, have been driving a surge of new infections both here in the United States and across the globe. According to data released by the U.S. Centers for Disease Control and Prevention (CDC), the BA.5 subvariant now accounts for more than 90 percent of current Covid cases in the United States.

In recent weeks, health officials have prioritized addressing the aggressive subvariants, with the U.S. Food and Drug Administration (FDA) recommending last month that vaccine manufacturers modify their shots to target BA.4 and BA.5.

“As we move into the fall and winter, it is critical that we have safe and effective vaccine boosters that can provide protection against circulating and emerging variants to prevent the most severe consequences of COVID-19,” Dr. Peter Marks, director of the Center for Biologics Evaluation and Research at the FDA, said in a statement.