Vaccines Made These 5 Devastating Diseases Far Less of a Threat 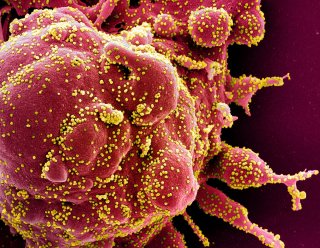 Within the past century, it is no secret that vaccinations have revolutionized global health and saved millions of lives.

These days, with the novel coronavirus wreaking havoc across the globe, much of the world is collectively crossing their fingers so that an effective vaccine could be developed as soon as possible. It appears that several companies are already making great headway, and a vaccine could be given the go-ahead in just several months.

Know that humankind has been in this situation before, and in many instances, vaccines have come to save the day. Here are five devastating diseases that, fortunately, no longer make the headlines.

Leading off is smallpox, an ancient disease that had existed for 3,000 years and caused by the variola virus. Early symptoms include high fever and fatigue, then the virus produces a rash that often affects the face, arms and legs. The resulting spots become filled with clear fluid and later, pus, and then form a crust, which eventually dries up and falls off. Smallpox was fatal in up to 30% of cases.

This feared disease, however, was eradicated by a collaborative global vaccination program led by the World Health Organization. The last known natural case was in Somalia in 1977, and since then, the only other known cases were caused by a laboratory accident in 1978 in England that killed one individual and started a limited outbreak. Smallpox was officially declared eradicated in 1979.

Up next is polio, a crippling and potentially deadly infectious disease caused by poliovirus. The virus spreads from person to person and can enter an infected person’s brain and spinal cord, eventually causing paralysis. Vaccination has eliminated the disease in the U.S., but polio is still a threat in some other countries.

Third on the list is tetanus, which causes painful muscle stiffness and lockjaw, and can be fatal in some instances. Today, the tetanus vaccine is part of a disease-fighting vaccine called DTaP—providing protection against tetanus, diphtheria and pertussis (whooping cough).

Next is the highly contagious measles, which can be serious, especially for young children. It has been proven that a child can get measles just by being in a room where a person with measles has been—even up to two hours after that person has left. Measles is still common in other parts of the world, so unvaccinated people can get measles while traveling and bring the disease back with them to the U.S.

Finally, mumps is best known for causing puffy cheeks and a swollen jaw. Other symptoms include fever, head and muscle aches and tiredness. The MMR vaccine, which protects against mumps, measles and rubella, has become very important because there is no available treatment for this contagious disease.