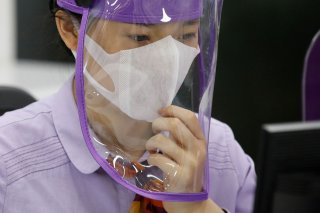 After months of being able to contain the novel coronavirus, Vietnam is now confronting a resurgence in new cases that has the potential to spread quickly across the Southeast Asian country, Vietnamese officials have warned.

Despite sharing a border with China, where the virus is believed to have originated, Vietnam did not register a single coronavirus case in more than three months.

On Saturday, however, a 57-year-old resident in the coastal city of Danang tested positive for the virus. The individual had no travel history within the past month, according to Vietnam’s Ministry of Health.

Vietnamese authorities are now scrambling to evacuate the roughly 80,000 tourists in Danang, a process that should take about four days, the government said. Domestic airlines are operating about a hundred flights daily to eleven cities around the country.

After the first coronavirus case was announced, Vietnam’s Prime Minister Nguyen Xuan Phuc demanded that contact tracing and large-scale testing be ramped up across the city, according to a government press release.

Stringent face-mask policies and social distancing rules—in which everyone in the city must keep a distance of at least one meter from one another—were also reimplemented. From Tuesday, those living in residential areas near three hospitals in Danang have been given stay-at-home directives.

Danang, which features white sandy beaches and seafront resorts, is a tourist hotspot that is highly popular with both domestic and international travelers. In 2019, 8.7 million tourists vacationed in the city.

Vietnam, with a population of 97 million, has confirmed just 464 coronavirus cases and zero deaths, according to the latest data from Johns Hopkins University.

Just a two and a half-hour flight from Vietnam, Hong Kong is also on the cusp of a “large-scale” outbreak that may “collapse” its health-care facilities and cost even more lives, Chief Executive Carrie Lam said on Wednesday.

While grappling with a sharp rise in new cases in the region—now regularly registering more than a hundred new daily cases—government officials and health experts have urged people to stay indoors.

A new daily high of 145 confirmed infections was just reported this week. Less than a month ago, the average number of new daily cases in Hong Kong was under ten.

The total number of cases is now nearing 3,000.

There are now more than 17 million confirmed cases of coronavirus worldwide, including at least 668,000 deaths, according to Johns Hopkins University.