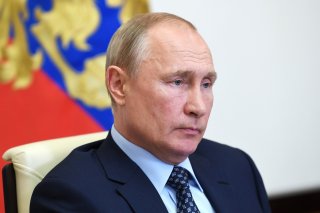 Since its outbreak earlier this year, the coronavirus has exacted a massive human toll around the world. The biggest political price, however, could end up being paid by none other than Russia’s long-serving strongman president.

Here, a bit of historical explanation is necessary. Not many dictators end up ruling for two decades or longer. A 2019 American Foreign Policy Council study found that just 35 of 120 post-WWII dictators who ruled countries of 10 million or more stayed in power that long. Of those 35, 15 (42%) were forcibly removed from office or killed. The average age of this cohort at the time they lost power was 73, while six of the 15 left the scene before they were 68.

These figures are relevant in the case of Russia, because Vladimir Putin, who turns 68 in October, has now been in power for 20 years.

Of course, Russia’s president is no doubt well aware of these figures. He has so far succeeded in staying in power because he has understood the dangers to his rule and successfully mitigated them through the effective use of: 1) internal repression and 2) external distraction (Ukraine, Syria) that fed his domestic propaganda. At the same time, he has enriched the elites whose support, or at least acquiescence, are essential to his continued rule.

As a result, those collectively capable of mounting a challenge to Putin’s power have not done so. Russia’s president simply looked too strong. However, in recent months, that popularity has declined significantly.

“In the two years since Mr. Putin’s most recent election in March 2018, trust in him has fallen from 60% to 35%,” The Economist noted in March. Similarly, a late April poll by Russia’s Levada Center found that only 46% of Russians thought Putin’s responses to the coronavirus pandemic have been correct.

In fact, there is good reason to conclude that Putin’s real approval numbers are likely significantly worse. All polling groups in Russia are under pressure to make Russia’s president look as good as possible. Additionally, beyond the problem of how pollsters handle the real numbers, one has to consider the accuracy of the answers given to them; fear is back in Russia, and many people simply would be afraid to tell an unknown party what they really think of the country’s leader.

However, it is not hard to understand why some Russian citizens do not like Putin or approve of his rule. Real incomes in Russia have fallen in five of the last six years. That statistic points to a protracted stagnation. Indeed, since 2014 the average growth rate of the Russian economy has been 0.6%, a fifth of the global average. It should hardly be a surprise that more than half (53%) of 18-24-year-olds now want to leave the country.

Putin hoped to shore up his domestic support through propaganda based upon the 75th anniversary of the Soviet Union’s victory over Nazi Germany – propaganda that was designed to enhance the patriotism and pride of Russians, and remind them of their need for a strong leader. The onset of the current pandemic not only removed this option, but continues to erode Putin’s strength – and to lessen his elite’s perception of it.

As the coronavirus, and the deaths associated with it, continue to spread, the Russian masses – previously rendered passive though propaganda – will understand that Putin lied to them about Russia’s preparedness. The public has become acutely aware of the Kremlin’s subpar federal response to the pandemic, embodied in “videos showing ambulances lined up for miles waiting to deposit patients in overcrowded Moscow hospitals.” They also understand that their country’s health system (primitive by Western standards) is failing them, and that their living standards are dropping while Putin’s crowd steals and spends money in places such as Syria and Ukraine—but not at home.

Levada Center Deputy Director Denis Volkov sees this as Putin’s biggest problem. As he put it earlier this month, “People are afraid of wage cuts, and they expect a fall in living standards. These fears are now the most important. In effect the government has a few months to try to normalize the situation before the discontent becomes serious.”

Signs of discontent were already visible before the onset of the virus. In 2019 alone, hundreds of mass rallies, flash mobs and other demonstrations took place throughout the country. These gatherings focused on issues as diverse as trash sites, minority language rights, election falsification, Putin’s political appointments in the regions, and assorted government decisions. But this dissatisfaction, and the intensity of longstanding grievances, is only likely to increase in the wake of the current crisis.

What does all this mean? Should Russia’s elite split, it may become possible to bring enough people into the streets to truly challenge Putin’s rule. Such a split could occur because those who cumulatively keep Putin in power feel their privileges threatened as a result of his mishandling of multiple issues (the virus, the economy, and so forth), which has begun to undermine regime stability.

It is useful to remember the revolutionary motto of Soviet dictator Vladimir Lenin: that “from a spark, a fire will flare up.” This formulation presupposes both a flammable environment and a spark to ignite it. The creation of just such a flammable environment is now underway in Russia. That, in turn, begs the question: will the spark come, and if it does will Putin be strong enough to snuff it out?

Herman Pirchner, Jr. is President of the American Foreign Policy Council in Washington, DC. He is the author of Post Putin: Succession, Stability, and Russia’s Future (Rowman & Littlefield, 2019)