What Do Google and the Post Office Have in Common? They Get Top Marks for Coronavirus Response. 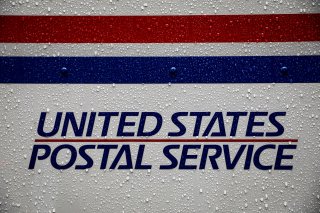 During the coronavirus pandemic and nationwide stay-at-home orders, which continue to various degrees in most of the country, American buying habits shifted, as they were required to depend on specific companies for their different needs.

A new survey called The Essential 100: Company Reputation Amid COVID-19, from the Harris Poll, looked at the 100 companies that Americans say best handled the pandemic. Taking the top spot was the U.S. Postal Service, with Clorox second, Google third, UPS fourth and Walmart fifth. Rounding out the top ten were Amazon, Purell, Microsoft, FedEx and CVS.

With the lack of sports during quarantine, sports brands did not rank highly. The NFL, despite a well-received, socially-distanced NFL Draft in April, was 78th, the NBA 80th and Major League Baseball 81st. ESPN, despite airing the acclaimed documentary series "The Last Dance" during quarantine, ranked 100th.

The top ranking for the U.S. Postal Service came at a time when the federal government is threatening to privatize it, or possibly to raise its prices.

The survey also asked people's impressions of different industries, and showed how they've changed from January — before the pandemic — and May. Retail and grocery increased by 7 percent, while consumer products gained 3 percent. Technology dropped 4 percent, health insurance jumped 28 percent, and even government rose 18 percent.

When specifically asked how industries had handled the pandemic, health care (doctors/nurses/hospitals) had the highest approval at 73 percent, followed by retail/grocery (72 percent), and restaurants (67 percent.) Real estate ranked the lowest (36 percent) followed by airlines (41 percent.)

“When they needed it the most, Americans put their trust in the business community to help them through COVID-19,”   John Gerzema, CEO of The Harris Poll, said in the release of the numbers. “We’ve seen widespread approval of the corporate response to the pandemic – whether pivoting to different goods and services, reinforcing supply chains, or seeking cures for the deadly virus.”