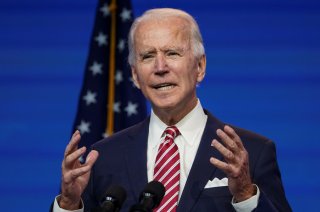 The White House announced on Tuesday that it will expand the availability of monkeypox vaccine doses in an effort to contain the fast-growing outbreak of the disease.

“We will continue to take aggressive action against this virus,” said White House COVID-19 response coordinator Dr. Ashish Jha, who has also been playing a key role in how the government deals with monkeypox, per the Associated Press.

According to CNBC, the Biden administration will deploy nearly 300,000 monkeypox vaccine doses in the coming weeks, including the immediate release of 56,000 doses of the Jynneos vaccine from the strategic national stockpile. 1.6 million doses of Jynneos are expected to be available this fall, according to the Department of Health and Human Services.

“I do think it would be wise to address that expansion at a time when we have more vaccine so we can really follow where the outbreak is densest,” she continued.

The CDC has recommended that individuals who have had confirmed or presumed monkeypox exposures get inoculated as quickly as possible.

As of Tuesday, the United States has identified 306 cases in twenty-seven states and the District of Columbia. Globally, more than 4,700 cases of monkeypox have been reported across nearly fifty countries, with one death reported in Nigeria. There have been no reported U.S. deaths.

According to the World Health Organization (WHO), monkeypox is a viral illness that begins with flu-like symptoms and the swelling of lymph nodes, eventually progressing to rashes on the face, hands, feet, eyes, mouth, or genitals that turn into raised bumps which then become blisters. The virus, which has been shown to be transmissible for up to four weeks, is most easily spread via open contact with the sores of an infected individual. It can also spread through contact with materials that have the virus on them, such as shared bedding and clothing.

As reported by STAT, monkeypox is considered to be a milder relative of the smallpox virus, a disease that was declared eradicated in 1980 by the WHO after a multi-year global campaign. Smallpox is the only human virus to have been driven out of existence.

WHO officials have stressed that while the virus itself is not a sexually transmitted infection, the recent outbreak appears to have been spread among men who have sex with other men. The officials also emphasized that anyone—regardless of sexual orientation—can contract the disease.