WHO: Coronavirus Pandemic Now Driven by Young People Unaware They Are Infected 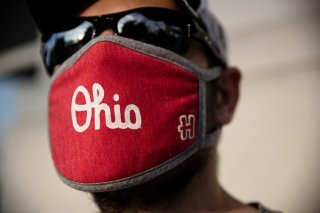 The World Health Organization has sounded the alarm that the ongoing global coronavirus pandemic is now being largely driven by individuals between the ages twenty and fifty who are unaware they are infected.

According to Dr. Takeshi Kasai, WHO’s regional director for the Western Pacific, most of the young people either never develop coronavirus symptoms or have very mild ones.

“This increases the risk of spillovers to the most vulnerable—the elderly, the sick, people in long-term care, people who live in densely populated urban areas” and rural areas with limited health care, he said during a virtual press conference on Tuesday.

Kasai added that both government and health officials need to “redouble efforts” to stop the contagion from entering communities that have vulnerable populations.

“We are encouraged to see many countries in the region already adopting new tactics that help minimize the social and economic consequences of COVID-19 and show how we can cope with it for the foreseeable future,” he said.

Earlier in the month, the WHO had warned about young people spending time at nightclubs and beaches, putting themselves at heightened risk for infection. An analysis by the agency of six million infections between February 24 and July 12 found that the share of people aged fifteen to twenty-four increased from 4.5% to 15%.

White House coronavirus advisor Dr. Anthony Fauci has also echoed those sentiments, saying that young people need to recognize their “societal responsibility” in preventing the spread of the coronavirus.

“We’ve got to convince them that just because they get infected and the likelihood is that they’re not going to get seriously ill, doesn’t mean that their infection is not a very important part of the propagation of the outbreak,” the director of the National Institute of Allergy and Infectious Diseases said last month during a virtual conversation hosted by Stanford Medicine.

Fauci has highlighted the fact that the coronavirus is extremely efficient in transmitting from human to human and can produce a wide range of symptoms in those who are infected.

“I have never seen infection in which you have such a broad range—literally no symptoms at all in a substantial proportion of the population to some who get ill with minor symptoms to some who get ill enough to be in bed for weeks,” he said during a webinar with the TB Alliance.

“Others get hospitalized, require oxygen, intensive care, ventilation and death. The involvement with the same pathogen is very unique.”

According to the latest data from Johns Hopkins University, there are more than 22.1 million confirmed cases of coronavirus worldwide, including at least 782,000 deaths.