WHO: Monkeypox Virus Has Spread to More Than 20 Countries 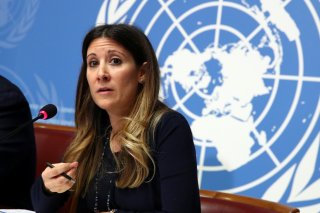 The World Health Organization (WHO) on Thursday confirmed that the monkeypox virus has spread to more than twenty countries.

According to Dr. Maria Van Kerkhove, the global health agency’s Covid-19 technical lead, more cases of the disease will likely be reported as surveillance expands. Crucially, she did note that the recent outbreak is containable.

“We expect more cases to be detected. We are asking countries to increase surveillance,” Van Kerkhove said during a Q&A on the WHO’s social media platforms, adding that roughly 300 confirmed and suspected cases of monkeypox have been detected outside of countries where it usually circulates. “This is a containable situation. It will be difficult, but it’s a containable situation in the non-endemic countries,” she continued.

So far, the United States has identified a total of ten cases in the states of California, Colorado, Florida, Massachusetts, New York, Utah, Virginia, and Washington.

The surge in monkeypox cases is believed to be highly unusual due to the fact that they are occurring in North American and European countries where the virus is not common. Monkeypox is generally found in Central and West African rainforests where animals that carry the virus live. Animal hosts include a range of rodents and non-human primates.

According to the WHO, monkeypox is a viral illness that begins with flu-like symptoms and the swelling of lymph nodes, eventually progressing to rashes on the face, hands, feet, eyes, mouth, or genitals that turn into raised bumps which then become blisters. The incubation period is usually at least twenty-one days. The virus is most easily spread through open contact with the sores of an infected individual. It can also spread through contact with materials that have the virus on them, such as shared bedding and clothing.

Per CNBC, Van Kerhkove pressed healthcare professionals to consider monkeypox a diagnosis for patients who have rash illnesses. “It doesn’t mean that anyone with a rash will have monkeypox but we need to raise awareness about what monkeypox is and isn’t, and we need to ensure that countries have the capacity to test and provide the right information,” she said.

Medical experts state that while the virus itself is not a sexually transmitted infection, the recent surge in cases seems to have been spread among gay and bisexual men. They also emphasized that anyone—regardless of sexual orientation—can contract the disease.

Meanwhile, the Centers for Disease Control and Prevention (CDC) have alerted gay and bisexual men that monkeypox appears to be spreading rapidly in the community worldwide, warning them to take necessary precautions.