The WHO Says Rising Coronavirus Deaths Shouldn’t "Be a Surprise" 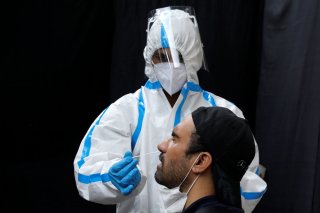 The World Health Organization stated that it shouldn’t “be a surprise” if the global death toll from the coronavirus quickly rises again as the pandemic is showing signs of gaining momentum.

For the month of June, reported coronavirus cases worldwide skyrocketed while the death toll surprisingly fell, Dr. Mike Ryan, executive director of the WHO’s emergencies program, said during a news conference at the agency’s Geneva headquarters.

The WHO, however, cautioned that a noticeable lag should be expected between rising cases and increasing deaths—as it can take weeks after contracting the contagion to fall seriously ill and potentially die.

“Some of this may be lag, we may see deaths start to climb again because we’ve only really experienced this rapid increase in cases over the last five to six weeks,” Ryan said.

“I don’t think it should be a surprise if the deaths start to rise again. It will be very unfortunate, but it may happen.”

The pandemic seems to be accelerating with thousands of additional cases in the United States and Latin America, the WHO noted. So far, the virus has killed nearly 545,000 people worldwide and more than 131,000 in the United States, according to the latest Johns Hopkins University data.

WHO Director-General Tedros Adhanom Ghebreyesus said that countries still need to be vigilant even though the number of global deaths has leveled off.

“The leveling of the number of deaths globally is because of some countries (have contained the virus), but in many countries it’s on the rise,” Tedros said.

Tedros also announced that WHO scientists and experts are scheduled to travel to China to investigate the origins of the coronavirus.

“Over the past few months, there has been a lot of discussion about the origins of COVID-19,” Tedros said.

“All preparations have been finalized, and WHO experts will be traveling to China this weekend to prepare scientific plans with their Chinese counterparts for identifying the zoonotic source of the disease.”

The experts are expected to study how the coronavirus might have spread from the wild to possibly farm animals and then to humans.