WHO Warns No Country Can ‘Pretend’ Coronavirus Pandemic Has Ended 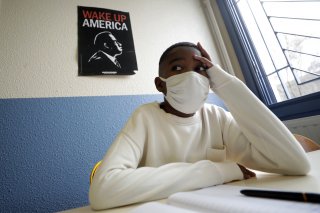 Amid the coronavirus still spreading in many regions across the world more than eight months into the pandemic, the World Health Organization has urged countries to not become complacent and continue to implement public-health measures to contain the virus.

“The more control countries have over the virus, the more they can open up. Opening up without having control is a recipe for disaster,” Tedros said.

“No country can just pretend the pandemic is over.”

Tedros also noted that people shouldn’t become numb to the high mortality rates that largely target high-risk groups, such as those over the age of sixty-five. This line of thinking, he said, can be viewed as “a moral bankruptcy.”

The briefing emphasized that “individuals must play their part” by following all local public-health measures, such as wearing masks, washing hands frequently, and avoiding large gatherings.

Tedros added that by improving upon targeted responses to outbreaks, governments don’t necessarily have to rely on stay-at-home directives and further business shutdowns.

“This may seem like an impossible balance, but it’s not. It can be done and it has been done.”

The WHO also discussed the ongoing work of dozens of vaccine manufacturers that have launched trials for their respective coronavirus vaccine candidates. At least two have begun phase three trials, according to the agency.

WHO’s chief scientist Dr. Soumya Swaminathan, however, cautioned that authorizing a vaccine before completing all of the necessary large-scale trials would hamper the global effort in stopping the pandemic, which has already infected 25.5 million people and killed at least 851,000, according to the latest data from Johns Hopkins University.

“The risk of approving a vaccine prematurely for us is that, first of all, it will make it very difficult to continue with randomized clinical trials,” she said.

“And secondly, there’s a risk of introducing a vaccine that’s been inadequately studied and might turn out to have a low efficacy, thereby not doing the job of bringing an end to this pandemic or even worse, have a safety profile that’s not acceptable.”