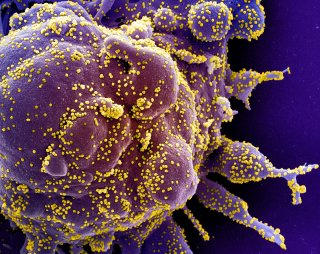 Severe acute respiratory syndrome, or SARS, is a closely related virus to the coronavirus that’s responsible for the current global pandemic. In fact, the RNA genomes of the two viruses are about 80 percent identical.

While the world has been dealing with the deadly effects of the coronavirus for roughly eight months now, SARS came and went relatively quickly—and that occurred without the development of a viable vaccine.

With this in mind, many have wondered whether the same outcome could be in store for the coronavirus. But as cases of the coronavirus continue to swell, it appears less likely that history is going to repeat itself.

First identified in November 2002, SARS was able to spread quickly across much of the world, although most cases remained in Asia. Amid the turmoil, there were increasing fears that SARS could become a serious pandemic.

But that never happened. The epidemic only lasted about one and a half years, infecting about 8,100 people and killing between 10 percent and 15 percent of them.

In July 2003, the World Health Organization declared that the SARS threat was over.

As one can see with the relatively high fatality rate, SARS was incredibly aggressive and lethal. For comparison, the coronavirus has a rate ranging from 2 percent to 14 percent, according to current estimates from several reporting countries, but is considered more contagious.

SARS, though, also had key inherent differences that made it easier for the public to limit its spread. For one, SARS-infected patients typically showed symptoms within two to three days, whereas with coronavirus-positive individuals, the incubation period could be up to two weeks, making it more difficult to utilize contact tracing.

Moreover, with SARS, there were few reports of any infections without symptoms. But the WHO recently sounded the alarm that the coronavirus pandemic is now being largely driven by individuals between the ages twenty and fifty who are unaware that they are infected.

Also note that unlike the varying participation rates of Americans following public-health guidelines amid the current pandemic, China and other parts of Asia strictly followed mask mandates and quarantines were quickly implemented to contain the virus.

So, what was the final punch that knocked out SARS? According to most medical experts, the virus was largely brought under control by simple public-health measures. Testing people who exhibit symptoms, isolating and quarantining suspected cases, and restricting travel all appeared to have a positive effect.

A similar strategy is currently being looked upon by the U.S. Centers for Disease Control and Prevention.

Robert Redfield, the agency’s director, recently told reporters that if 90 percent of Americans decided to fully adhere to current public-health guidelines, the United States could get the coronavirus pandemic under control in just twelve weeks.

“It is going to require all of us to embrace these mitigation steps. And we’re going to need to do that four, six, eight, ten, twelve weeks and then we will see this outbreak under control,” he said.