Will the Coronavirus Crisis Force America to Look in the Mirror and Reform? 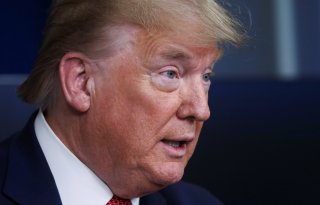 Among the many things the global COVID-19 pandemic reveals is the tragic inadequacy of the assumptions and institutions of our national security policy over the past several decades. Despite having the largest military budget in the world, the most expensive health-care system in the world, and leadership of “greatest military alliance in history,” as Jacob Heilbrunn recently put it on these pages, “America is failing abysmally on its most basic moral responsibility: to safeguard the health and welfare of its citizens.”

This tragic failure, however, is an inevitable consequence of the national security establishment’s determination to ignore critical domestic problems for the sake of waging unending (but profitable) Global Wars on Terror and new Cold Wars. Instead of using the potential peace dividend provided by the fall of communism to deal with pressing domestic problems, Washington’s foreign policy nomenklatura adopted the chimerical pursuit of American global hegemony; for instance, in the twenty-six years between 1991–2017, U.S. foreign military interventions increased fourfold as compared to the forty-three year period between 1948-1991 (188 to 46, respectively).

During this time, Washington’s understanding of “national security”—in the sense of protecting and promoting the health, safety and welfare of the population of the United States—became distorted beyond recognition. Building roads and bridges in Anbar province, or schools and hospitals in Helmand, became more important than dealing with problems here at home. For Washington’s national security establishment, as Andrew Bacevich noted, “fixing Iraq or Afghanistan ends up taking precedence over fixing Cleveland and Detroit.”

What the advocates of American empire and permanent global war refuse to admit, however, is how such policies weaken U.S. national security rather than strengthen it. Even as Washington has been waging endless war around the world, life expectancy in the United States has been decreasing (a unique development in advanced industrial democracies); in 1998, for instance, life expectancy in the U.S. fell below the average level for Organization for Economic Cooperation and Development (OECD) countries, and in 2014 US. life expectancy began to decline.

Similar negative societal dynamics and pathologies are visible across a range of issues. To name but a few:

Kids who go to school hungry may suffer an inability to concentrate and often fall behind academically. Hungry kids are more likely to miss school because of illness, and more likely to suffer from depression and anxiety, and develop behavioral problems as teenagers. They are more liable to drop out before graduation, which leads to lower paying jobs and a greater probability of being food insecure adults . . . Underscoring the crucial impact a healthy breakfast can have, a 2013 study done by Deloitte for No Kid Hungry found that kids who have regular access to breakfast score 17.5 percent higher on standardized math tests.

To put this obscene and immoral situation in a different perspective, the top one percent of the U.S. population has as much wealth as the bottom eighty percent. Meanwhile, a different one percent—our all-volunteer military—has been continuously at war for some nineteen years. This one percent has suffered some 7,000 dead and 50,000 wounded.

All of these societal pathologies—food insecurity, failing schools, crumbling infrastructure, and crime-ridden neighborhoods—have a direct bearing on U.S. national security. According to a report by the blue-star Mission-Readiness Commission, 75 percent of Americans aged 17-24 cannot join the military because they cannot meet minimal educational standards, have a criminal history, or are physically unfit. As the report notes,

The best aircraft, ships, and satellite-guided weapon systems are only as effective as the personnel the military can recruit to operate them . . . But the trends are not encouraging. Too many young people are dropping out of school, getting involved in crime, and are physically unfit . . . Increased investments in high-quality early education are essential for our national security.

In the aftermath of the coronavirus crisis, we will urgently need to reconsider the moral and social consequences of Washington’s decades’ long determination to privilege the interests of the military-industrial complex and the profit margins of defense contractors over the health and welfare of our own citizens. As President Dwight Eisenhower noted in April 1953, “Every gun that is made, every warship launched, every rocket fired signifies, in the final sense, a theft from those who hunger and are not fed, those who are cold and are not clothed.” And as Martin Luther King Jr. warned us some fifty years ago, “A nation that continues year after year to spend more money on military defense than on programs of social uplift is approaching spiritual death.”

Unfortunately, there is little reason to hope that Washington is capable of the systemic reform needed to move the country in a more positive direction in the post-COVID-19 period. Former president Barack Obama himself implicitly admitted this in his 2012 State of the Union Address when he noted that “The divide between [Washington] and the rest of the country . . . seems to get worse every year,” and other Washington insiders are just as pessimistic. John Hamre, the president of the Center for Strategic and International Studies recently claimed that, “Washington is a giant self-licking ice cream cone. It’s just enjoying itself. And I think it’s completely decoupled from where average Americans are.” Along similar lines, William J. Burns, the president of the Carnegie Endowment for International Peace, has noted “ . . . American citizens are (with some reason) losing faith in their own government. Many years of indiscipline and smugness have led to a yawning gap between the American public and the Washington establishment.”