Will the IRS Come After Your $1,400 Stimulus Check? 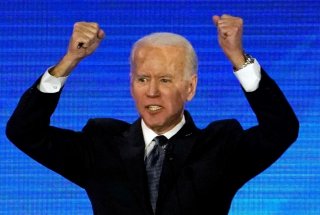 Over the past month, the Internal Revenue Service and U.S. Treasury have disbursed roughly one hundred fifty-nine million coronavirus stimulus checks worth $376 billion under the American Rescue Plan.

Despite the fact that many Americans are now enjoying their newest cash windfall, there already have been plenty of reports of honest U.S. taxpayers who never got their hands on the much-needed cash.

And the main reason appears to be that these individuals had unpaid debts that were considered overdue.

Garnishment is a court order that allows for money to be removed from an individual’s bank account, and banks generally have to comply with a court’s demands.

With this in mind, several states have taken action to shield the most recent round of stimulus checks from private debt collectors after Congress failed to exempt the money from garnishment. Washington did, however, green-light garnishment protection measures for the $600 stimulus payments that were approved in December.

Before the American Rescue Plan was signed by President Joe Biden, several Washington lawmakers took the initiative to look into whether stimulus checks can, in fact, be garnished.

“We know predatory debt collectors are already lining up to try to take a cut of those checks,” Sen. Sherrod Brown said on the Senate floor last month.

Brown called for the passage of a bill tackling that particular issue that he proposed alongside fellow Democrats, but it was eventually blocked.

The American Bankers Association also sent a letter to Congress, urging lawmakers to “quickly pass standalone legislation addressing garnishment to ensure that American families will receive these benefits as intended.”

Moreover, if an individual has yet to receive either the first or second stimulus check, know that the IRS will no longer send the payments out automatically. The agency, fortunately, has a set of procedures that can help out taxpayers.

For this particular tax season, a Recovery Rebate Credit has been added to all returns, so that people mired in this situation can eventually get their hands on the overdue payments. According to the IRS website, it states that “if you didn’t get any payments or got less than the full amounts, you may qualify for the Recovery Rebate Credit and must file a 2020 tax return to claim the credit even if you don’t normally file.”