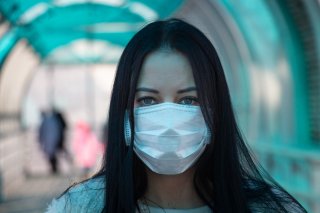 If you watched the Milwaukee Bucks’ run to the NBA championship this summer, and especially their NBA Finals victory over the Phoenix Suns, you probably saw the Deer District. That was the area, outside of Milwaukee’s Fiserv Forum arena, where Bucks fans gathered to cheer on their team during games. Milwaukee has made the Deer District a full-on entertainment district in downtown Milwaukee.

The crowds were huge those nights, and now there’s a report that some coronavirus spread probably happened in that district.

That sounds like a lot, but the newspaper also said that 100,000 people attended the Deer District gatherings, although it’s not certain that all of them were from the city of Milwaukee and surrounding areas, and most of them have probably not been included in contact tracing efforts.

The Bucks also held a parade in Milwaukee to celebrate the championship, the franchise’s first in fifty years. “Thousands” of fans lined downtown streets July 22 to celebrate the occasion, NBA.com reported at the time.

"I think it is important to recognize that any time there is a large gathering of people, we are going to see the virus spread," Johnson said at the briefing, per the newspaper.

This comes at a time of rising cases in Wisconsin.

"We have four times as many people hospitalized with COVID in Wisconsin as we did one month ago, from 74 individuals to 310 today," said Dr. Ben Weston, director of medical services at the Milwaukee County Office of Emergency Management, said in recent testimony, as cited by the Journal Sentinel.

The NBA, after its 2019-2020 season was suspended at the start of the pandemic in March of 2020, resumed its season in the late summer of that year in the “bubble” at Walt Disney World in Orlando.

The season was completed successfully, with the Los Angeles Lakers winning the championship, and the following season started not long afterward. The new season had the teams playing once again in their home arenas, although without fans at first. As restrictions eased, arenas began to welcome fans once again.

According to Fox 6 in Milwaukee, the upcoming Wisconsin State Fair has put precautions in place, including shorter operating hours and increased sanitization protocols, as well as the addition of hundreds of hand sanitizing stations. Also, souvenir cups will not be sold at this year’s fair.