Worse Than a Gas Shortage: Is America Facing a Blood Shortage? 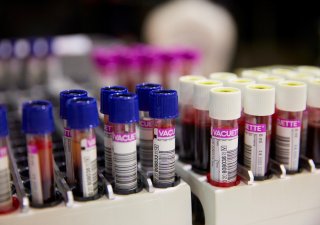 The coronavirus pandemic, even as it recedes, has led to a lot of unusual shortages in certain goods in the United States, everything from toilet paper to gasoline to propane tanks. But now, there are concerns in one part of the country of an even more unusual shortage: blood.

According to local news report in the Southeastern United States, The Blood Connection, a blood center in that region, has been seeing record-low amounts of blood donations.

“Right now, we are very, very concerned for this community that blood is not going to be there when somebody needs it. That’s the severity of this situation,” Allie Van Dyke, the North Carolina-based Blood Connection’s media coordinator, told TV station WTOC.

According to the TV report, the shortage was brought on by a lower-than-usual amount of donations, and a greater need than usual need for blood.

“It’s putting us in a really tough position because when I say inching towards a blood shortage what that means is we will start to have to ration our blood meaning when hospitals give us their orders we’re having to decide where the blood products are actually going to go sometimes we won’t be able to give hospitals everything they need,” Van Dyke added.

There had been similar reports about blood supply chain issues in the opening days of the pandemic in the U.S.

The Blood Center in Louisiana, meanwhile, is offering something that sounds dystopian: Gas for blood.

The organization has launched a campaign called “Refuel For Blood,” in which locals are encouraged to donate blood and take a selfie of themselves doing so, in order to win a $500 gas gift card.

There were similar reports late last month from MD Anderson, the well-known cancer hospital in Houston, that they were in need of blood for their patients.

"With the [Memorial Day] weekend fast approaching and an ongoing nationwide shortage, it is a challenging time for the Blood Bank to collect blood products, and we are asking for your help to inform our community about this need," the hospital said prior to the holiday weekend, per ABC 13. The patients, the report said, require 200 units of red blood cells and 600 units of platelets each day.