Essay Contest: Where Can America Do Less? 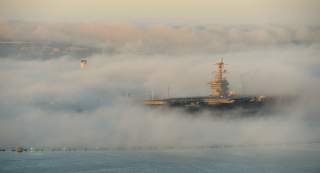 Since the end of the Cold War, the United States has greatly expanded its role in international security. Major conflicts have been waged in Iraq, Afghanistan, Libya, the Balkans, and more. Defense guarantees have been extended to more than a dozen additional nations. The War on Terror, now in its seventeenth year, involves seventy-six countries. There are some eight hundred overseas military bases, costing taxpayers an estimated $100 billion per year even as the national debt grows.

Proponents argue that these extensive global security commitments are essential to America’s own safety. Are they right? If they are, is each and every current commitment worth the costs and risks? Questions like these deserve serious consideration. Accordingly, the John Quincy Adams Society is partnering with The National Interest—one of Washington’s most important foreign-policy magazines—to launch a new essay contest for college students. The winners will run in TNI, meaning they’ll be read by many of those who make the decisions and shape the discussions that set our country’s course in the world. By appearing in such a respected forum, you’ll help make a name for yourself as a thoughtful, professional voice in international affairs.

It’s a tremendous opportunity to restore balance to the discourse in DC—and to build your own personal brand. Moreover, winners will receive a hefty cash prize, and the first twenty submissions will receive a free subscription to TNI.

With this in mind, submissions shall answer the following question:

In what area of the world could the United States reduce its military involvement? Explain your reasoning.

Undergraduate, graduate, and doctoral students who will be attending institutions in the United States in Fall 2018 or who attended in Spring 2018 are welcome to participate.

The winning essays will run on TNI’s website and be promoted on social media by both TNI and JQA.

Prizes are as follows:

Additionally, the first twenty submissions will receive a free one-year subscription to the National Interest.

If you’re stuck, consider reading some of the articles in the Intellectual Development section of the Society's Resources page.

Submissions shall be between 900 and 1500 words, and are due by 11:59 p.m. Eastern Time on Sunday, April 8, 2018, by following the instructions at this link. Sources should be hyperlinked, rather than footnoted, when possible. Complete rules follow.

1. SPONSOR: The sponsor of the Student Foreign Policy Essay Contest is the John Quincy Adams Society.

2. ELIGIBILITY: Contest entrants must be legal residents of the fifty United States and the District of Columbia aged eighteen years or older, except where prohibited. Employees, officers, and directors of the sponsor, and its subsidiaries, affiliates, and divisions (“Related Entities”) and their immediate families (parents, children, siblings and their spouses) and household members (whether or not related) of each are not eligible to enter. Anyone serving as a contest judge is ineligible for the contest. The contest is void outside the fifty United States, the District of Columbia and where prohibited and restricted by any federal, state, or local law, rule, or regulation (“Law”). The contest is subject to all Law.

- Before the end of the contest period, go to the contest entry page at this link, and submit an essay between 900 and 1500 words in length on the topic of “the benefits of a more restrained, careful foreign policy for the United States.”

To be eligible to submit a contest entry, you must be enrolled as of the spring of 2018 or fall of 2018 in an accredited postsecondary institution or program listed in the U.S. Department of Education’s most recent database (http://ope.ed.gov/accreditation/GetDownLoadFile.aspx). No person may submit more than one contest entry. Attempting to submit multiple contest entries will result in your disqualification from the contest. Your participation in the contest is optional and at your sole and absolute discretion.

4. PROHIBITED CONTENT: By entering the contest you agree not to create or submit a contest entry that:

- Infringes on any patent, trademark, trade secret, copyright, or other proprietary or property rights of any party;

- May be deemed, within the meaning of Law, to be electioneering communications, intervention in a political or electoral campaign, or lobbying;

- Harms minors in any way; or

The sponsor reserves the right to disqualify any and all contest entries that violate the above conditions, or for any other reason at any time without prior notice.

5. JUDGING AND SELECTION OF PRIZE WINNERS: All contest entries will be judged based on the following criteria:

6. PRIZES: On or about June 99, 2018, three prize winners will be announced (the “Prize Winners”). The Prize Winners shall receive the following (the “Prize(s)”):

- Runners Up (two)—$250.00, one year subscription to The National Interest

All Prizes will be paid in United States Dollars. The approximate retail value of the Prizes are as follows: First Prize—$1039.95; Runner Up—$279.95. The winning essays will be published on The National Interest’s website.

7. PRIZE RESTRICTIONS: The specifics of all elements of the Prizes stated in these contest rules shall be determined by sponsor in its sole and absolute discretion. If an alternate prize is substituted and awarded: any portion of the alternate prize not used by any Prize Winner is forfeited and no substitute will be offered or permitted; all elements of the Prize being offered are: (a) provided “as is” with no warranty or guarantee either express or implied by sponsor; (b) without warranty other than that offered by servicers or as required by Law; (c) provided without making the sponsor responsible or liable for any warranty, representation, or guarantee, express or implied, in fact or in law, relative to the Prize, including but not limited to their quality or fitness for a particular purpose; and (d) if applicable, not transferable or redeemable for cash and may not be extended, transferred or substituted, except that the sponsor may substitute a prize of equal or greater value when necessary (not to exceed $1039.95 for the First Prize or $279.95 for the Runner Up), as determined in its sole and absolute discretion (any such changes will be announced at the sole and absolute discretion of the sponsor). Each Prize Winner assumes sole responsibility for all costs associated with any elements of the Prize not explicitly included as part of the Prize, including without limitation, all federal, state and local taxes (if any), fees, surcharges, or other expenses. Other restrictions may apply. In compliance with United States Internal Revenue Service regulations, the sponsor will send a Form 1099-MISC to any Prize Winner, which requires disclosure to the sponsor of the Prize Winner’s Social Security number. Prize Winners remain solely responsible for paying all federal and other taxes in accordance with Laws that apply in the Prize Winner’s state of residence.