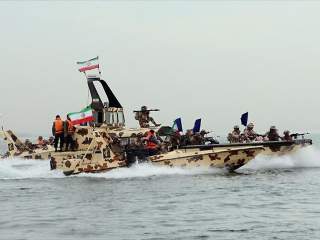 With tensions ratcheting up between Iran and Saudi Arabia, the potential for conflict is growing.

While Iranian forces are no match technologically for Riyadh’s lavishly equipped military, Tehran can use what equipment and troops it does have in clever ways to offset that advantage. But sanctions have done serious damage to Iranian forces, so Tehran would have to rely on asymmetric means to take on Saudi Arabia until new hardware like the Russian S-300 missile defense system becomes available.

Here are just a few of the weapons to which Tehran might turn in a war.

While not a weapon per se, the Iranian Revolutionary Guard Corps’ (IRGC) elite Quds Force is probably the single most effective tool that Tehran could use against the Saudis. Numbering about 15,000 troops, this shadowy special operations force made life miserable for U.S. forces occupying Iraq during Washington’s long stay in that country.

Quds Force commandos trained local Shia insurgents and provided weapons to be used against U.S. forces—which included explosively formed penetrators (EFP) that could punch through even the Abrams main battle tank. At the height of the Iraq war, EFPs caused about a fifth of all U.S. casualties.

The Quds Force operates worldwide—and has even targeted the Saudi ambassador to the United States inside U.S. borders. Right now, the Quds Force is fighting ISIS in Iraq and Syria.

While Iran’s air force is mostly comprised of obsolete airframes, Tehran still has a potent strike capability in the form of ballistic missiles. Iran has a host of missiles at its disposal including the liquid-fueled Emad, which has a 1,000-mile range. It also has the Shahab family of ballistic missiles. The latest variant, the developmental Shabab-4, could have a range as great as 2,400 miles.

The most capable Iranian missiles are the solid-fuel, two-stage road-mobile Sejjil series ballistic missiles—which are difficult to hunt down. They also have very quick reaction times. “The Sejil 3 would reportedly have three stages, a maximum range of 4,000 km, and a launch weight of 38,000 kg,” according to the Claremont & George C. Marshall Institute’s Missile Threat project.

Because Saudi Arabia depends on oil exports to fuel its economy, Iran could attempt to shutdown the Straits of Hormuz or disrupt shipping traffic in the Persian Gulf. Indeed, Iran had made an attempt to do just that during the so-called Tanker Wars of the 1980s.

The Iranian Revolutionary Guard Corps’ naval forces—which maintains a force of fast and well-armed speedboats—could attack Saudi shipping and port facilities during a conflict. Swarming boat attacks could do a huge amount of damage to Saudi Arabia’s naval forces and ports.

Designed to operate in the shallow waters of the Persian Gulf, Iran could use the Ghadir-class mini-subs to attack Saudi shipping and port facilities. The diminutive submarines might also be used to deploy Quds Force commandos into the kingdom’s territory to conduct various special operations missions.  But the vessels—which are fitted with 21-inch torpedo tubes—could also be used to covertly lay mines.

Not much is know about these vessels. They are thought to be roughly 120 tons in displacement and around 80 feet long. They have maximum speed of about 11 knots and cost less than $20 million. That means Iran can build a substantial force without a huge outlay of cash.

Iran is thought to have developed a new long-range cruise missile called the Soumar with a roughly 1,500-mile range. The weapons may be based on the Russia Kh-55—which Iran might have reverse engineered. However, Tehran does not likely have the technology to replicate the Russian weapon’s engine. But even with an inferior engine sourced from elsewhere, the Iranian weapon could pose a challenge to the Saudis—if it genuinely works.