America Needs to Be More Flexible When Dealing with North Korea 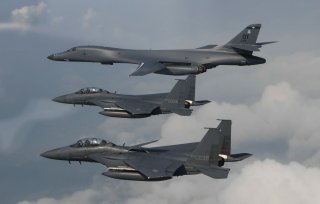 In 2018, the relationship between the United States and the Democratic People’s Republic of Korea (DPRK), despite having been largely adversarial since the Korean War, dramatically changed from ever-escalating military tension to an unprecedented series of summits. The shift occurred primarily due to South Korean President Moon Jae-in’s active mediation between the United States and North Korea, DPRK leader Kim Jong-un’s charm offensive, and U.S. President Donald Trump’s unexpected acceptance of Kim’s invitation to a U.S.-DPRK summit.

Such diplomatic overtures ended in a deadlock, however, when no agreement on North Korea’s denuclearization was reached at the Trump-Kim summit in Hanoi in February 2019 or at the U.S.-DPRK working-level negotiations in Stockholm in October. Briefly put, Washington refuses to make any concessions—for instance, sanctions relief or a security guarantee—without measures for Pyongyang’s full-fledged denuclearization. At the same time, Pyongyang has little intention of returning to the negotiating table unless Washington first provides those very concessions.

Following that trajectory, the status quo of U.S.-DPRK relations will probably continue for the rest of 2020 mainly for two reasons. First, as predicted by most medical experts, the coronavirus pandemic stands to loom across the globe at least through 2021 until a cure or vaccine for the virus is developed and mass produced. Given that circumstance, neither North Korea nor the United States has a strong motive to change its current policy; instead, each will likely focus on grappling with the outbreak and its collateral economic damage. Beyond that, because North Korea will desperately need China’s support throughout the pandemic (especially due to harsh international sanctions) Kim will probably avoid taking further provocative actions that have exasperated China in the past, such as nuclear weapon and long-range missile tests.

Second, the U.S. presidential election, scheduled for November 3, 2020, will prevent the United States and North Korea from taking starkly different approaches to each other in the next six months. Even if the Trump administration’s “Maximum Pressure and Engagement” strategy has not succeeded in denuclearizing North Korea, it has at least kept North Korea from conducting additional nuclear or long-range missile tests. Thus, President Trump will likely maintain that policy stance in order to avoid undermining such a diplomatic achievement, no matter how minimal. Likewise, Kim will probably adopt a wait-and-see stance until November, owing to the impracticality of pursuing a diplomatic breakthrough in U.S.-DPRK nuclear negotiations during Trump’s campaign for re-election.

Resolving the problem of nuclear weapons proliferation in North Korea remains an extremely difficult task, as repeatedly demonstrated by more than three decades of oscillation between military tension and diplomatic negotiation in response to the dilemma. In that time, the issue’s complexity has evolved due to the Kim dynasty’s unwavering determination to possess nuclear capabilities to secure its regime. The denuclearization issue has also been shaped by the diverging interests of key stakeholders—the United States, China, and South Korea—and inconsistent courses of policy within the United States and South Korea.

Meanwhile, as a burgeoning geopolitical rival to the United States, China has little incentive to withdraw its continued support of the North Korean regime. Moreover, North Korea has coped with the most painful aspects of sanctions by developing effective evasive strategies, including ship-to-ship transfers, as illuminated in the final report of the UN Panel of Experts on North Korea. Thus, it is safe to assume that the Kim dynasty will long endure and, in the process, continue to promote its nuclear and missile capabilities for regime survival. This will continue even if Pyongyang is unable to completely rule out the possibility of sudden regime collapse.

Unraveling such a complex problem requires the U.S. government to adopt a Copernican paradigm shift, regardless of who becomes the next U.S. president. Above all, it is necessary for U.S. leaders to recognize that without risking all-out war on the Korean Peninsula, achieving their current strict policy goal—the final, fully verified denuclearization (FFVD) of North Korea—will be unrealistic. As widely acknowledged among experts on North Korea, Kim Jong-un has little reason to denuclearize his nation at the expense of regime security. Furthermore, as long as North Korea remains a sovereign, undefeated state, it will bar the United States and the International Atomic Energy Agency from inspecting all suspicious nuclear sites, including its secret military facilities.

Consequently, even if Washington and Pyongyang reach a detailed, comprehensive agreement concerning denuclearization, North Korea will be able to hide nuclear weapons and nuclear materials within clandestine underground tunnels in the country’s mountainous regions. Similarly, the alternative of waging war against North Korea is impractical, considering that an estimated one million people could perish on the first day, to say nothing of economic devastation. As noted, sanctions have largely failed to alter North Korea’s behavior and will continue to fail as long as China supports its survival. The current stalemate thus enables North Korea to persist in developing nuclear and missile capabilities without any major disruptions—capabilities that pose a mounting threat to the United States.

Against that background, a possible future course of U.S. policy is to reach and implement an official nuclear agreement with North Korea by practicing flexible negotiating strategies instead of clinging to the rigid goal of FFVD. As detailed in another of my articles, a phased process of denuclearization derived from such an agreement will no doubt confront numerous obstacles, especially in the stages of the declaration, verification, and dismantlement, in exchange for measures of proportional compensation. Even so, the United States should not only seek to consistently implement such an agreement but also facilitate the means of arranging a peace treaty with North Korea that paves the way for normalizing U.S.-DPRK diplomacy.

Of course, North Korea, though officially a denuclearized state according to the potential agreement, could continue hiding aspects of its nuclear programs in secret locations. In that case, the country’s undisclosed possession of nuclear weapons and materials would represent a major liability. However, as its economy evolves with increased foreign investment and assistance, the revelation of secret nuclear activities could threaten severe damage to North Korea’s credibility and economic prosperity, thereby destabilizing its regime. Therefore, the goal of U.S. foreign policy concerning North Korea should be to use diplomatic measures to ultimately render the country’s maintenance of nuclear capabilities entirely unnecessary, even if it means forgoing complete denuclearization in the short term.

The story will differ, however, if the United States does not genuinely want to denuclearize North Korea or bring stability to the Korean Peninsula and East Asia. Some skeptics argue that the United States, in order to profit from massive business deals involving the U.S. military-industrial complex and regional allies, has strategically exploited a certain level of threat from North Korea and thereby justified its prominent military presence in the region to check China’s expansion.

Yangmo Ku is an Associate Professor of Political Science and the Associate Director of the Peace and War Center at Norwich University.