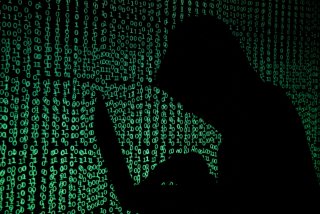 North Korea isn’t exactly known for its robust use of the internet, and its web access has become even less reliable since last month. Reuters reported in January that the country has suffered multiple distributed denial-of-service (DDoS) attacks, one of which came after a recent North Korean missile test.

One researcher who studies North Korea told Reuters that at one point in late January, “all traffic to and from North Korea was taken down,” leading to speculation among the cybersecurity community over who might be responsible.

Now, there’s word of exactly what caused the outage: the attack was carried out by a U.S.-based hacker known as P4x.

According to Wired, the story began when P4x was himself hacked by North Korean spies over a year ago. In response to North Korea’s hacking attacks against Western researchers, P4x retaliated and has taken responsibility for North Korea’s recent outages.

“It felt like the right thing to do here. If they don’t see we have teeth, it’s just going to keep coming,” the hacker told Wired. “I want them to understand that if you come at us, it means some of your infrastructure is going down for a while.”

So, how did he do it? P4x told Wired that he found “numerous known but unpatched vulnerabilities” in North Korea’s systems, although he did not reveal much about what those vulnerabilities were. The hacker also said that while he did not aim to hurt the people of North Korea, he felt that he had to embarrass and inconvenience the regime.

P4x added that he aims to hack further into the country’s system in order to “steal information and share it with experts.” The hacker has established a project called the FUNK Project, which stands for “FU North Korea.”

The hacker, meanwhile, said that he believes North Korea is to blame for “insane human rights abuses and complete control over their population.” He went on to say that while his goal is not quite “regime change,” he does plan to keep going with the effort until his point is proven.

P4x also complained in the interview that the U.S. government did not do much to help him when he was hacked. One expert told the outlet that while those who hacked P4x were representing North Korea, they were likely located outside of the country.