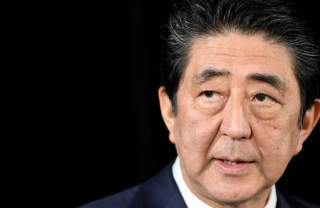 The causes of instability in East Asia do not only lie with North Korea. Japan-South Korea relations have significantly deteriorated and unless the Trump administration acts, it will find itself lacking critical support for its ambitious anti-nuclear agenda.

Thus far, President Donald Trump has sought to build close relations with the non-democracies in East Asia to solve the North Korea nuclear crisis. Such an approach alarms allies and has not led to meaningful reductions in the North Korean nuclear program. It is time for a course correction, which should begin with strengthening relations among the democracies in East Asia. This includes settling historical issues that plague Japan-South Korea relations.

This week, a series of lawsuits against Japanese companies were filed in South Korea in relation to wartime forced labor. Relations are already strained due to a late-December dispute over Japan’s accusations of a South Korean destroyer locking its targeting radar on a Japanese surveillance plane. South Korea denied the accusation, and instead criticized the Japan Self-Defense Forces patrol aircraft of flying dangerously close. What followed was a series of formal protests and each side challenging the snippets of information released by the other side. Since the incident, Japan and South Korea have canceled port visits and argued over whether Japan will fully take part in multilateral naval exercises off Busan in late-April.

Such poor relations may be surprising to casual observers, especially since Japan and South Korea negotiated a landmark agreement concerning comfort women in 2015. However, the agreement was met with massive protests in South Korea and failed because it followed the history of unambitious approaches to reconciliation.

Poor Japan-South Korea relations have consequences, but never with such immediacy. First, without achieving a mutually acceptable reconciliation agreement before the remaining twenty-three comfort women pass away, true justice for the actual victims will never be accomplished. Although the majority of surviving victims and and many family members of deceased victims received or expressed their interest in receiving funds from the Government of Japan-funded foundation established in the 2015 agreement, not all victims did. One such victim was Kim Bok-dong, a comfort woman who passed away in January. Her casket was paraded before the Japanese Embassy in Seoul to honor her legacy and activism, but was also accompanied by anti-Japan slogans. Even in death, Kim’s life has been politicized. The passing of each comfort woman should be an opportunity for all sides to honor their legacy without tarnishing the occasion with politics.

Japan and South Korea need to cooperate because there are significant threats that lay before them. The United States has never been so committed, and daring, in tackling the North Korea nuclear issue. The United States will need its two allies on the same page because North Korea has shown an adeptness at taking advantage of divisions in the region. Despite the spectacle, Trump has accomplished very little, and North Korea continues to drag its feet.

Military cooperation will also be vital to addressing nontraditional security threats that will define the region moving forward, piracy, terrorism and environmental catastrophe. Post visits and multilateral exercises are vital diplomatic tools and training opportunities that will better prepare the region for major causes of insecurity.

Moon Hee-sang, speaker of the South Korean national assembly reiterated his claim that that “If a person like that (Emperor Akihito) holds the hands of the elderly and says he’s really sorry, then that one word will resolve matters once and for all.” The problem with Moon’s statement is that he is only speaking for himself. Because South Korea has revisited an agreement that was allegedly “final and irreversible,” there is no reason for Japan to believe that apology from the emperor would lead to reconciliation. Moon’s comments were followed by formal protest from the Japanese government, which only led the Korean government to criticize Japan further. The non-virtuous cycle continues.

To break this cycle, any future agreement must include precise language to obtain tangible results and prevent backsliding from both sides. In the 2015 agreement, both governments stated the intention to address the comfort woman statue in front of the Japanese embassy in Seoul, but no concrete plan was put into place. The governments left the agreement with vastly different expectations. An agreement must also include punishment mechanisms for violating the spirit of a deal. The South Korean government had used most of the $8 million provided by the Japanese government before the foundation was closed, which sends mixed messages on whether the agreement is in place or not. Closing the foundation before the rest of the agreement was carried out is a clear violation of the spirit of the agreement.

Agreements should also be forward-looking. There is no such thing as “once and for all” and “final and irreversibly” when it comes to protecting human rights. South Korean politicians should not make promises to the Japanese government that they cannot keep to extract concessions, and Japanese politicians should not seek to meet the expectations of the hard-right. There are actors on both sides that have economic, political, and personal reasons for the history issue not to be resolved. Agreements should include commemorations of the agreement to provide more opportunities for cooperation.

Lastly, there needs to be a truth and reconciliation commission. Estimates of comfort women are between twenty thousand and four hundred thousand. That level of uncertainty is criminal. A commission is necessary to be able to address the magnitude of the problem. Without Japan’s cooperation, South Korea will never know how many comfort women suffered during the occupation. Japan has not just a moral obligation, but a strategic one as well. New information concerning comfort women will come to light, and the Japanese government would be wise to be a part of the narrative-building process.

Trump as a Peace Broker

Any deal between Japan and South Korea will need a neutral third-party negotiator. Trump has prided in his ability to get a good deal, and here, he has two willing partners. Moon Jae-in is desperate for a North Korea breakthrough and Shinzo Abe has aggressively sought to curry Trump’s favor. Experts are concerned that Trump is losing interest in Asia after the failed Hanoi Summit and his critics call attention to a problematic history concerning women. Trump is a counterpuncher and can address both concerns by serving as a broker in comfort women negotiations.

To begin, Trump can provide a neutral space for negotiations. Unlike previous administrations, Trump is also willing to take sides and use the media to pressure each side to make concessions. Trump can also recommit to the alliances and cut back on his criticisms over burden-sharing.

North Korea has succeeded in weakening relations between the United States and its allies by getting Trump to suspend joint military exercises. By brokering a deal between Japan and South Korea, Trump can regain some leverage in North Korea nuclear negotiations, repair weakening alliances, and demonstrate foreign-policy deftness to his detractors. A successful deal might even get Trump that Peace Prize he desires so much.

Tom Le is an assistant professor of politics at Pomona College. He is also a US-Korea NextGen scholar. You can follow him on Twitter @profTLe.