Apple Car, with Hyundai and Kia, Is Looking More Like a Reality 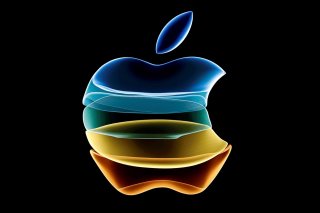 Earlier this week, a report by the Korean newspaper Dong-A Ilbo stated that Apple was in talks with South Korean car company Kia to build the long-speculated-on Apple Car. The report, as translated by Bloomberg News, stated that Apple would be investing four trillion won (the equivalent of $3.6 billion) in Kia Motors, “as part of a collaboration with the South Korean carmaker on making electric vehicles.”

Neither of the parties commented on the reports, but they didn’t deny them either. And now, more reporting indicates that that South Korean newspaper scooped the world.

CNBC reported Wednesday night that Apple was “close to finalizing a deal with Hyundai-Kia to manufacture an Apple-branded autonomous electric vehicle.” The deal would have the companies building cars in the United States, at the Kia plant in West Point, Georgia, with production beginning as early as 2024.

The CNBC report cited “multiple sources.” It was different from the report from Korea in that involved both Kia and Hyundai being involved, although that may only be a matter of semantics. The two Korean companies are very much intertwined, with Hyundai owning a stake in Kia and Kia owning several Hyundai subsidiaries. Talk had begun in January that Apple and Hyundai were working together on such a car, with Hyundai even confirming the talks before backing off of that assertion.

While the cars would be electric, doesn’t sound like the venture will compete directly with Tesla’s consumer business, at least not at first. One source told CNBC that the original cars will be electric and autonomous. CNBC also learned that the first cars that roll off “ focused on the last mile,” which means it will be done for deliveries, and possibly for robo taxis.

CNBC quoted the Morgan Stanley analyst Katy Huberty as stating that Apple’s interest involved wanting to get a piece of the car market.

“Smartphones are a $500bn annual[Total addressable market.] Apple has about one-third of this market. The mobility market is $10 trillion. So Apple would only need a 2% share of this market to be the size of their iPhone business,” Huberty wrote in a note published last month, as cited by CNBC.

Apple has been rumored for years to be working on such a car, with reports at different times—often inspired by stray comments from Apple executive, or job listings on LinkedIn—indicating either that Apple was building a full-on car or possibly just creating a system that could work with other manufacturers. There have also been at least two occasions when those working on Apple’s Project Titan were arrested for stealing intellectual property associated with the secret project.