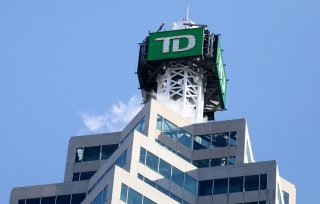 The Department of the Treasury announced this week that it has reached a settlement with a major American bank after the bank committed violations against America’s sanctions on North Korea.

According to a Treasury release, the settlement was reached between TD Bank and the Department of the Treasury’s Office of Foreign Assets Control (OFAC), related to the bank’s violations of North Korea Sanctions Regulations and the Foreign Narcotics Kingpin Sanctions Regulations.

“In the first matter, [TD Bank] processed 1,479 transactions totaling $382,685.38 and maintained nine accounts on behalf of employees of the North Korean mission to the United Nations without a license from OFAC,” the announcement said. “In the second matter, TDBNA maintained two accounts for more than four years for a U.S. resident who was listed on OFAC’s list of Specially Designated Nationals and Blocked Persons.”

Both violations, per the report, entailed “multiple sanctions compliance breakdowns,” although OFAC concluded that the violations in question were “voluntarily self-disclosed and were non-egregious.” In addition, OFAC determined that no managers or supervisors knew about the transactions, the transactions “would likely have been licensable under existing licensing policy,” and OFAC has determined that the bank has taken steps to address and stop the conduct.

The North Korean sanctions were violated when the bank, over a nearly two-year period between 2016 and 2018, processed nearly 1,500 transactions totaling $382,685.48, on behalf of five people who worked for the North Korean mission to the UN, without obtaining a proper license from the Treasury’s OFAC.

TD Bank personnel did not properly list “North Korea” as the country in their files for these accounts, often stating “Korea” or “South Korea” or leaving the field blank. Also, those people were never flagged in the system, because the bank was relying on a Politically Exposed Persons (PEP) list supplied by a vendor that did not include the North Korean individuals.

As for the violations of the Foreign Narcotics Kingpin Sanctions Regulations, they deal with Esperanza Caridad Maradiaga Lopez, who opened an account with a TD Bank branch in Florida in 2016, despite being placed on the Specifically Designated Nationals (SDN) List three years earlier. A sanctions screening alert was even generated by the opening of the account, but a reviewer dismissed that alert, as well as several more in the ensuing years.

“Only the fifth and final alert, in February 2020, was determined by a reviewer to be a true hit, triggering the blocking of Lopez’s accounts four years late and disclosure to OFAC. After the accounts were blocked, however, TDBNA’s Fraud Unit, unaware of the sanctions-related reason for account closure, credited one of Lopez’s accounts, causing it to be re-opened,” Treasury said. This was attributed by OFAC to “human error and a breakdown in TDBNA’s sanctions compliance procedures.”