Biden Can Do Better Than Donald Trump on North Korea, but He Can't Bring Denuclearization 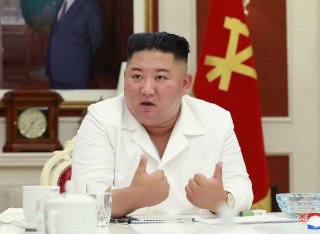 Editor’s Note: As Election Day rapidly approaches, and with it, a potential change of presidential administration, the Center for the National Interest’s Korean Studies team decided to ask dozens of the world’s top experts a simple question: If Joe Biden wins come November, what do you expect his North Korea policy to look like? The below piece is an answer to that question. Please click here to see even more perspectives on this important topic

Whoever wins the Oval Office come November will be preoccupied in 2021 with addressing the effects of the coronavirus. The coronavirus may have caused a quarter of a million American deaths by then, perhaps having killed more Americans than not only North Korea but any national security threat other than the American Civil War and Second World War. The wider public health and economic fallout have raised a spate of challenges that President Trump seems to have at least partially recognized, and a Biden presidency would at least initially mostly focus on confronting these challenges. In many ways the related foreign policy challenge would be geostrategic competition with China in its many manifestations. A Biden administration would likely also prioritize this early on.

Like so many other U.S. presidential teams, then, a Biden administration in early 2021 would have the North Korean challenge thrust upon them before a comprehensive strategy was developed or at least thought through. I’d be confident that North Korea would commence 2021, and the next round of negotiations with a new U.S. administration, with a missile and or nuclear test to credibly demonstrate that Pyongyang can reliably deliver multiple nuclear payloads to the continental United States. Much of the Biden administration’s response and policy would have to depend on the specific nature of this North Korean move, which means that to a large extent the policy would be a work in progress and dependent on Biden and his advisers’ previous engagements with the North Korean nuclear challenge.

Efforts to compel the North Koreans to totally denuclearize will be as successful as those of President Trump and may cause more provocative North Korean behavior as a North Korean reminder that this policy is off the table. The Biden administration’s best bet may be to assess how they can credibly commit to Pyongyang that they can live with a nuclear North Korea and work towards verifiable arms control initiatives. But I worry that the initial focus of the pandemic and a likely early 2021 North Korean provocation will push the Biden administration to do either too much or too little, with all the awful, if predictable, consequences that follow.

Michael D. Cohen is a senior lecturer (assistant professor) at the National Security College of the Australian National University’s Crawford School of Public Policy. He is author of When Proliferation Causes Peace: The Psychology of Nuclear Crises and is co-editor of North Korea and Nuclear Weapons: Entering the New Era of Deterrence.