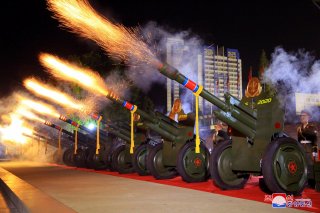 U.S. Secretary of State Antony Blinken has acknowledged that the United States will utilize both pressure and diplomacy and will have an “open mind” when shaping its overall policy on North Korea.

“We’re looking at everything. … There (are) different kinds of pressure points that might convince North Korea to make progress, and we are looking at diplomacy, and what different types of diplomacy might take,” he said Thursday during a virtual roundtable session with local reporters in Seoul.

“The goal is to really figure out how we can have the best chance in resolving the challenges posed by North Korea to us and unfortunately to its own people. … We have a very open mind about it and that open mind is being informed by allies like South Korea,” he added.

The top U.S. diplomat noted that the Joe Biden administration has been in close contact with South Korea, Japan, and other regional allies as it completes its ongoing policy review on the reclusive state, adding that it could be finalized in the coming weeks.

Blinken stressed that Washington is envisioning a highly effective policy that will eventually achieve denuclearization and improve the lives of citizens living under Kim Jong-un’s regime.

“The most important thing is to try to determine what would be an effective policy for actually making progress, real progress on those goals,” he said.

“We are not looking at it in a vacuum, in isolation. We are doing it really in close consultation with countries that are equally or even more concerned about that, starting with South Korea,” he added.

After the talks, he contended that “Beijing has an interest, a clear self-interest in helping to pursue the denuclearization of DPRK (Democratic People’s Republic of Korea).”

Blinken also pointed out that Beijing possesses a “unique” relationship with North Korea and has “tremendous” influence over it.

“I would hope that whatever happens going forward, China will use that influence effectively,” he said.

“The Kim Jong-un regime has achieved alarming success in its quest to demonstrate the capability to threaten the U.S. homeland with nuclear-armed ICBMs, believing such weapons are necessary to deter U.S. military action and ensure his regime’s survival,” the four-star general recently said in a statement to the Senate Armed Services Committee.

“In 2017, North Korea successfully tested a thermonuclear device—increasing the destructive potential of their strategic weapons by an order of magnitude—as well as three ICBMs capable of ranging the United States,” he added.