Can China Bring North Korea to the Nuclear Negotiating Table? 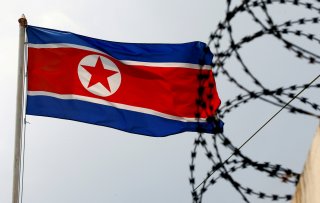 There is a widespread belief among people who track activity in the Democratic People’s Republic of Korea (DPRK) that, at the very least, China has huge influence over North Korea and can compel North Korea to do what it wants. This view has been prevalent among some Western countries since China’s intervention in the Korean War in 1950. Before then, of course, it was the Soviet Union that was believed to play such a role, or that the Soviet Union and China were jointly doing so. The Sino-Soviet dispute put paid to that idea, although not to the belief that North Korea was a “puppet” of its larger neighbors, rather than an independent actor.

The historic links between China and the Korean Peninsula seem to point to strong Chinese influence over the peninsula. After all, many characteristic features of traditional Korea, including government, architecture, painting and writing, are derived from Chinese models. And had not the Korean king and court looked to China for legitimization, practicing sadae or “looking up to the Great”? Surely this indicated the power of China over the peninsula, while Chinese intervention in the Korean War, which saved North Korea from annihilation, showed that a deep closeness lasted into the contemporary period? Later, Chinese economic assistance played an important role in the Korean postwar recovery. Thus, China must have a huge influence over North Korea.

But in fact, the relationship between Korea and China is far more complex than the description of this simple analysis. Koreans have a long history of resistance to Chinese pressure. They may have used the Chinese writing system—although later they devised their own—but they kept their Korean language, just as they adapted other borrowings from China for their usage. They do not see altruism in Chinese support in the Korean War. A North Korean will tell anyone that China only intervened when its interests were threatened by the UN advance to the Yalu River. They do not spell it out, but they also resent China’s refusal to share its secrets of nuclear weapons with North Korea after Beijing developed its own nuclear capability in the early 1960s. (That, plus the Cuban Missile Crisis and the Soviet refusal also to share the technology to make nuclear weapons, were major factors in convincing the North Koreans that they would need to be able to defend themselves.) Even if the Chinese were to try to exert influence, the North Koreans are as likely to react unfavorably to it.

So the Chinese are wary. They have to tread a difficult path. They have not welcomed the North Korean development of a nuclear capability, since it has tended to increase the U.S. nuclear capability and, perhaps of as much concern, might encourage Japan down that road. But the fear that North Korea might be pushed further into a corner and then lash out, has tended to make the Chinese cautious in the pressure they put on the North. They believe that engagement and encouragement are more effective than threats and that consistency is vital. They wish to be involved but are also aware that it is only the United States that can offer North Korea the security and recognition it seeks. It should also be obvious that if China is facing criticism over issues such as trade, security and human rights, then it may not feel very inclined to work with the United States.

James Edward Hoare is a British academic and historian specializing in Korean and Chinese studies.