Confronting the North Korean Question in a Post-Unipolar World 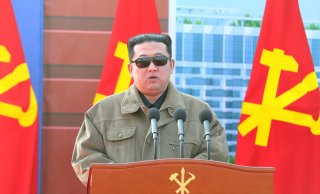 Under the shadow of Russian president Vladimir Putin’s threat of nuclear weapons use in Ukraine, the Democratic People’s Republic of Korea (DPRK) recently carried out a flurry of missile launches. The tests were a response to joint military exercises by South Korea, the United States, and Japan and aimed to test the DPRK’s capability to strike the Republic of Korea (ROK) with tactical nuclear weapons. In this dire context of security dilemma, there needs to be a rethink of what strategic objectives on the Korean Peninsula should look like, and whether there has been a fundamental paradigm shift in the North Korean question—a realist turn in the wake of the unipolar moment.

One thing to reconsider in deciphering today’s denuclearization puzzle is structural changes that have occurred since the post-Cold War period. There are two important transformations surrounding the North Korean issue: one, the emergence of a multipolar system in global power distribution, and two, the DPRK’s status as a de facto nuclear state. To be specific, the nature of the nuclear conundrum has profoundly altered, as we face an era of renewed great power competition. During the last three decades of U.S. hegemony, North Korean nuclear pursuit was defined as the problem of a rogue state against the U.S.-led world order.

Pyongyang was regarded as an outsider, a pariah beyond the pale of international society. Thus, the “evil” communist regime had to be disciplined for violating the core norms of the liberal international order. Punishment measures, involving economic sanctions and regime change, were adopted to socialize the international troublemaker. However, in the coming multipolar system, the nature of the nuclear security issue has partly shifted from the enforcement of liberal international rules, such as preventing the spread of weapons of mass destruction and protecting the system created by the Nuclear Nonproliferation Treaty, to part of the geopolitical chess game between the United States and the People’s Republic of China (and arguably the Russian Federation).

In a nutshell, the North Korean nuclear issue is rapidly changing into a subject of political conflict and bargaining between powerhouses in East Asia. To illustrate, the Kim Jong-un regime has profoundly revised its grand strategy, emphasizing the advent of a “new cold war” or “the change from a unipolar world advocated by the US into a multipolar world.” Pyongyang is demonstrating its active will to take initiative in participating in this nascent realpolitik play. There are some signs that North Korea is aligning itself with China and Russia in opposition to the United States amid growing tensions in the Taiwan Straits and the Russo-Ukrainian War. Elites in Pyongyang might have concluded that instead of sticking to futile negotiations with a distracted and polarized Washington, which they have been attempting for almost three decades in vain, their interests would be better served by betting on Russia and China in the new strategic environment. It is noteworthy in this regard that even though the DPRK resumed launching intercontinental and intermediate-range ballistic missiles—breaking its own moratorium this year—the UN Security Council has repeatedly failed to pass a resolution condemning the authoritarian regime, mainly due to opposition from Beijing and Moscow. The Kim regime can now expect the weakening of the international sanctions system amid the intensifying power struggle in the Indo-Pacific.

Next, it seems that after the breakdown of the 2019 Hanoi summit between Kim and his American counterpart Donald Trump, the North has taken a decisive step far from the goal of denuclearizing the Korean Peninsula. The so-called “head-on breakthrough battle” declared in 2019 is ongoing, and strong offensives against both Seoul and Washington continue. Pyongyang has been conducting a series of missile tests throughout this year, making clear its uncompromising posture to gain nuclear power status. And finally, on September 8, the Supreme People’s Assembly promulgated a “Law on Policy of Nuclear Forces,” declaring a gravely provocative nuclear doctrine, involving preemptive nuclear attacks and presumably asymmetric escalation strategies.

In addition, North Korea recently witnessed how the Budapest Memorandum of 1994 was easily scrapped by Russia’s invasion of Ukraine, which likely further convinced the North of the need to maintain its nuclear arsenal. All in all, irrespective of the ​​Yoon government’s “Audacious Initiative” or the Biden administration’s “calibrated practical approach,” the space for diplomatic engagement with the DPRK is narrowing. Again, in September, the young dictator defined nuclear weapons as the “nation’s dignity and honour” and argued that they could not be bargaining chips, suggesting that serious denuclearization talks are hardly feasible in the near future. Therefore, North Korea is likely to seek an advantageous position in arms control negotiations, not denuclearization negotiations, while stepping up “the deployment of cutting-edge strategic and tactical weapon systems for combat.”

Under such new strategic circumstances, the rise of the realist arms control school inside the Beltway could present a new approach to the North Korean enigma. Although conventional wisdom usually associates realism with violence and war, the old theory as statecraft can play a stabilizing role in practice. Since power political thinking promotes crucial virtues, including self-restraint, prudence, and respect for other countries’ national interests, realist maneuvers can facilitate a series of dialogues, negotiations, and finally compromises among states, as the historical case of the Concert of Europe famously demonstrated in the nineteenth century. Certainly, the realists’ solution to the North Korean problem is not a pleasant one. Basically, they advise that, as the West did live together (albeit precariously) with the Soviet Union during the Cold War and with China during the post-Cold War period, it can also coexist with a nuclear North Korea. This arguably unsatisfying situation would be manageable through the balance of terror (under the mechanism of mutually assured destruction). In other words, realist thinkers believe that conventional liberal interventionist or neoconservative goals—including comprehensive, verifiable, irreversible dismantlement (CVID); final, fully verifiable denuclearization (FFVD); and regime change—are simply impossible in the current strategic environment and that North Korea will keep its nuclear stockpiles for a while. Also, the arms control school insists that the United States, as a much stronger power in this bilateral diplomacy, should make certain concessions, such as declaring an end to the Korean War and halting the joint military drills with the South, to show its conciliatory motives.

This emerging realist voice is a pill hard to swallow, of course. Indeed, if a South Korean politician even slightly insinuates, “now it’s time to give up our three-decades-long project of denuclearization,” it would be political suicide for them. Although how to approach the Marxist-Leninist state across the demilitarized zone is a highly charged divisive topic in Seoul, both progressives and conservatives on their campaign trails always promise that their methods (dovish or hawkish) can denuke Pyongyang in the end.

However, given the fundamentally altered strategic context, there must be Plan B or a new policy paradigm regarding the North at this point, especially in academia or policy circles. One suggestion would be to separate a long-term and ultimate goal from a short-term and realistic roadmap. As an analogy, complete reunification has been the national principle in the ROK since its founding. Even its Constitution (in Article 3) explicitly stipulates that the whole peninsula is defined as the national territory, which means the Kim dynasty is designated as an illegal occupant. Still, successive administrations in Seoul have practically pursued peaceful coexistence between the de facto two sovereign states after joining the UN in 1991. Likewise, it is time to consider pursuing a tentative, interim solution of nuclear arms control negotiations and Cold War-style deterrence and containment in the mid to short term, while leaving the denuclearization of the Korean Peninsula as the long-term blueprint. Of course, in order to maintain the balance of terror, the U.S. commitment to extended deterrence and ROK’s strong military capabilities should be firmly secured.

The sooner we accept the “inconvenient truth,” the better we will be equipped with realistic policies toward the North. That there is no choice but to live with a nuclear-armed North Korea for the time being, along with all those measured risk management plans, and that the favorable time when the U.S. was a unipole freely shaping the Korean Peninsula’s strategic milieu and imposing liberal norms on others has come to an end are now unhappy but inevitable realities. Now China’s (and maybe Russia’s) interests ought to be seriously calculated to manage geopolitical issues in the region. As George Kennan later lamented, “we were too timid to negotiate.” The United States and its capitalist allies wanted “unconditional surrender” in the late 1940s, not serious talks about geopolitical settlements with the “evil empire,” which led to an unnecessary and dangerous forty-year-long confrontation. At this historical juncture, I hope we will be audacious enough to bargain and compromise with the “rogue state” so as to achieve stability on the peninsula.

Taesuh Cha (Ph.D., Johns Hopkins University) is Assistant Professor in the Department of Political Science at Sungkyunkwan University. He holds a B.A. and an M.A. in international relations from Seoul National University. He has served as a full-time instructor at the Republic of Korea Air Force Academy, a researcher at the Korea Institute for Defense Analyses, and a senior research fellow at Chung-Ang University. His works on American foreign policy and international relations theory have been published in numerous journals, such as European Journal of International Relations, Political Studies Review, International Politics, Korean Journal of Defense Analysis, Cambridge Review of International Affairs, Globalizations, and The Washington Quarterly.